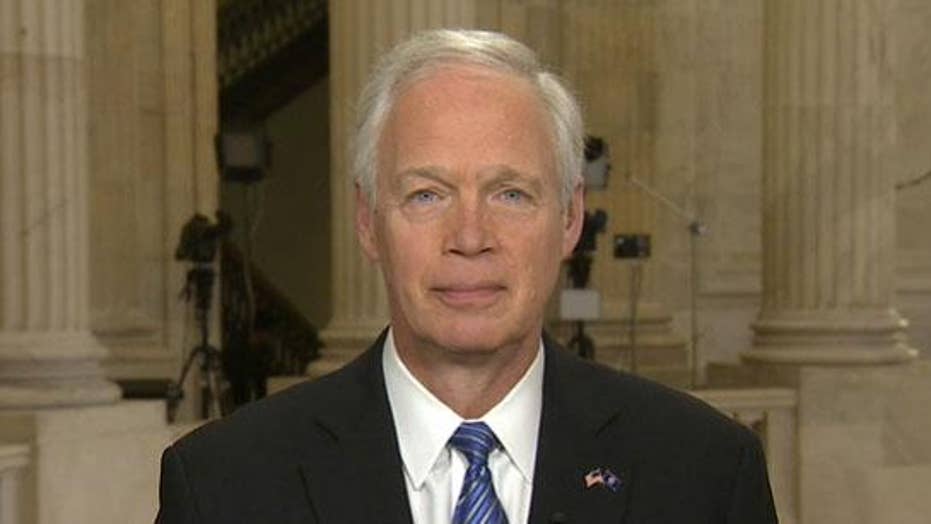 Sen Johnson: FBI 'cabal' has explaining to do

Sen. Ron Johnson, R-Wis., said on “Fox & Friends” on Thursday that a “cabal” between former FBI official Andrew McCabe, ex-FBI investigator Peter Strzok and former FBI lawyer Lisa Page existed at the FBI and that the agency has a lot of explaining to do following the release of Inspector General Michael Horowitz’s report last week.

Johnson’s comments came one day after Horowitz rebuked the FBI for "failures" during the initial phase of the Russia probe, in his second round of Senate testimony following his extensive report on the investigation's origins and the process used to obtain a surveillance warrant for former Trump campaign adviser Carter Page.

Horowitz had revealed that there were 17 inaccuracies and omissions in the Foreign Intelligence Surveillance Act (FISA) warrant applications for Page, which included a doctored email and the failure to include exculpatory information about Page that may have impacted the court's decision to grant the warrants.

In addition to the Horowitz report, the chief judge of the Foreign Intelligence Surveillance Court issued a rare public order Tuesday that strongly criticized the FBI over its surveillance-application process. The judge gave the bureau until Jan. 10 to come up with solutions in the wake of findings from Horowitz.

Johnson said on Thursday that the FBI has a lot of explaining to do “when you combine basically the underscoring of the 17 inaccuracies and omissions, how serious that was, combined with the stunning rebuke by the presiding judge of the FISA court.”

“One mistake or omission, that's a mistake. Two, maybe it's a coincidence. Three, you’re starting to develop a pattern. Seventeen, it's a legitimate question: is that a plot? And we still don't have the answers to that,” he added.

Despite the inaccuracies and omissions, Horowitz said investigators found no intentional misconduct or political bias surrounding either the launch of the Trump-Russia investigation or efforts to seek the controversial FISA warrant to monitor Page in the early stages of the probe.

During his Senate Judiciary Committee testimony, Horowitz said that as far as political bias is concerned, while the launch of the Russia probe itself appeared to be in line with FBI policy, the issue "gets murkier" when it comes to the FISA process.

On Thursday, Johnson brought up “that one statement that [Horowitz] had no testimonial or documentary evidence that bias affected decisions.”

“He admitted there was bias. There was political motivation,” Johnson said. “He just doesn't have evidence where he can conclusively say it caused and influenced their decisions, but, again, it's up to the American public to infer what all that bias, how that could have affected things.”