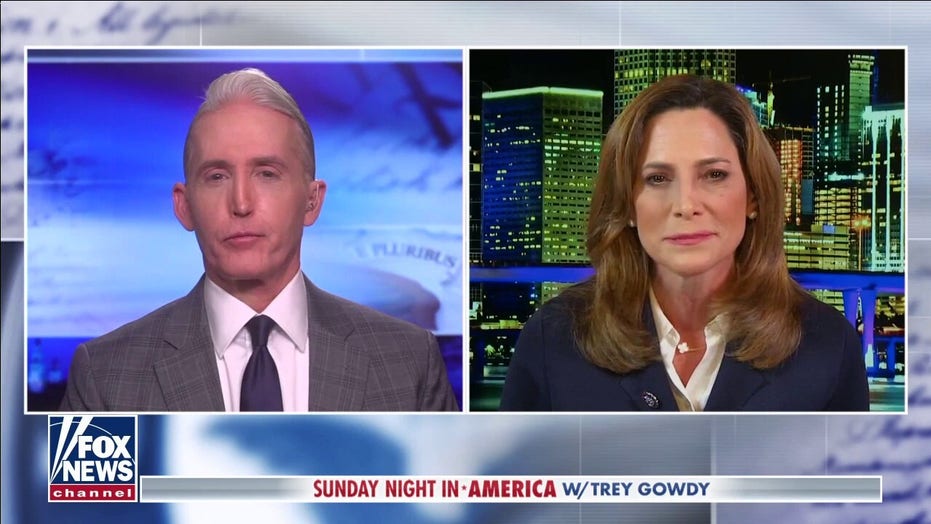 Florida Rep. Maria Salazar discusses the evolving Hispanic electorate and the future of party politics on 'Sunday Night in America.'

Recent polls have shown that Hispanics are now split evenly between the Republican and Democratic party. According to the Wall Street Journal, support for Republicans and Democrats are at an even split at 37%, with 22% responding that they were undecided.

While some claim it to be a rebuke of President Biden’s administration, Salazar insisted that it is a sign of Hispanics recognizing the similar values shared by the Republican party.

"We share the same values that are entrenched in the Republican party. God-fearing, law-abiding, tax-paying. Not only that, that we are Americans, we’re not socialists. We want to come into the country and we want to contribute," Salazar said.

She further bolstered her community’s pride, saying "What do you think we come here for? Because we want to contribute. It’s not because we want to go to Disney World or shop on Saks Fifth Avenue. We want to come here and contribute. We know that the American exceptionality is waiting for us, the promised land. And the economic policies that were established during the last administration helped everyone’s pockets."

Regarding the Democrats, Salazar noted that Hispanic voters are likely beginning to realize the failure of the Democratic party to support and help their community in efforts to achieve the American Dream.

"We have realized after 30 years, after Ronald Reagan who was the last president who gave this community any type of legality. We have realized after 30 years the Democratic party has been playing political football. So I said to my community that you got to be with whoever serves your values and whoever fixes your problems," Salazar said. "We come here for two things. We come because we know this is the promised land, we want to share those fruits. And we want to have a better economy. We want to be able to go from rags to riches which is what this American exceptionality promises."

Salazar used her story as an example, remarking how her parents were exiled from Cuba 60 years ago and eventually raised a daughter to become a state representative.

However, Gowdy and Salazar also recognized that Republicans have similarly failed to push a message toward the Hispanic community. She called on the members of her party to reach out to these disenfranchised voters.

"What we need to do is we need to send the message that we want to take care of those Hispanics. We’re going to seal the border because my community, we don’t want what’s happening, the disarray at the border. We want to be able to come in legally, contribute, and live the American dream," Salazar said.

In closing, Salazar criticized the Democratic party, remarking that it pushes a Marxist ideology that Hispanics do not support.

"We know that unfortunately the Democratic party has been infiltrated by the Democratic socialists that at the end are Marxists. So we are recognizing - from the Mexicans, to the Cubans, to the Hondurans, to Nicaraguans, to the Colombians - we have recognized what Marxism and socialism means and we do not want that," Salazar concluded.