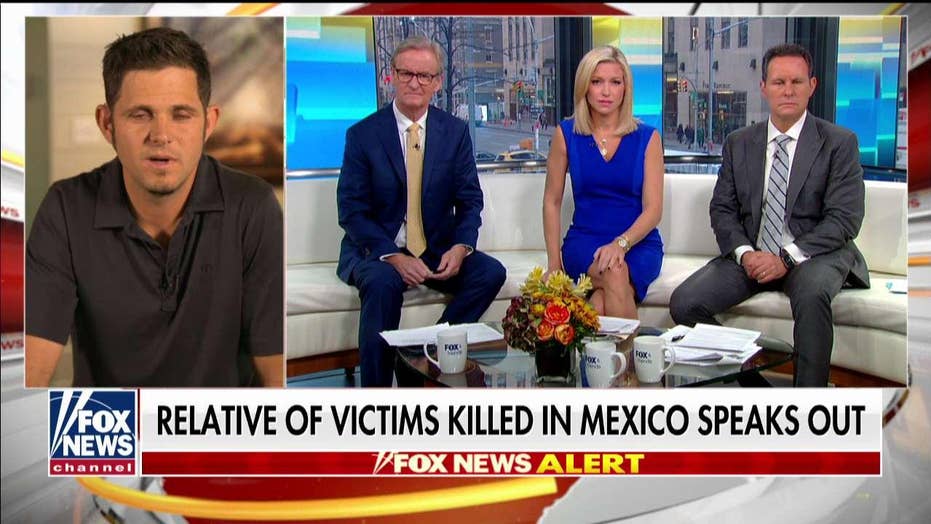 Relative of Americans ambushed in Mexico speaks out on 'Fox &amp; Friends'

Lafe Langford Jr., a relative of nine U.S. citizens killed during an ambush by gunmen believed to be affiliated with a drug cartel in Mexico said Wednesday that he wanted to set the record straight about what had happened to his family.

Appearing on "Fox & Friends" with hosts Steve Doocy, Ainsley Earhardt and Brian Kilmeade, Langford said that a lot of "false information" was circulating in relation to the gruesome murders.

Langford said that there were originally three vehicles that left the small community of La Mora, in Sonora state, and one then got a flat fire. Because of that flat tire, the family returned to La Mora and obtained another vehicle which they then traveled in.

He told the "Friends" hosts that a war between cartels had broken out below the Arizona border and that fighters had been sent in on foot to combat a cartel in their state.

"They came in from the state of Chihuahua on the east into the western state of Sonora...to fight and take over some smuggling routes, I guess," said Langford. "In the process, we have a lot of evidence and reason to believe that they had a strategic plan and we were attacked, unfortunately. The vehicles that had left our community were...we believe they may have been used as bait to try to attract the cartel in Sonora to them. To bring the war to them."

Langford said that two of the three vehicles had a head start, but then the third was attacked turning the corner.

"They just unleashed hell on this vehicle," he said. He said the gunmen approached the vehicle, fired more shots, raided them and then burned the passengers alive. 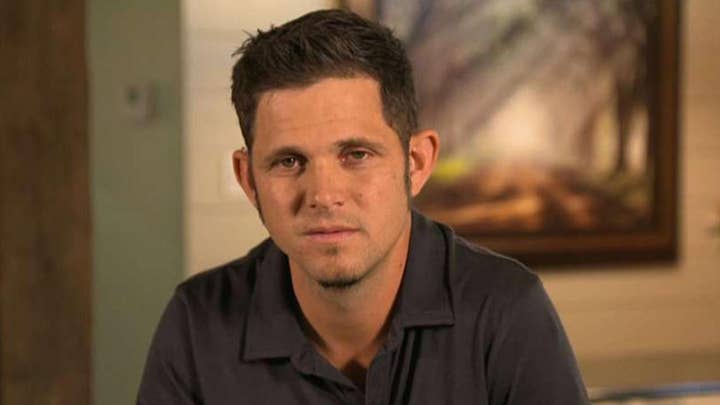 Fox News is reporting that one suspect was arrested near the Arizona border in connection with the attack.

The Agency for Criminal Investigation said in a statement on Facebook the suspect was found in the town of Agua Prieta, right across the border from Douglas, Ariz. The suspect was reportedly holding two hostages who were bound and gagged inside a vehicle — a detail Langford could not corroborate.

"We're hearing a lot of different details coming out in the story. We have heard of at least one or two that have been captured. And, we have details and updates on our children that are wounded and in the hospital. And, that's kind of what we're focusing on right now — grieving with them.

Langford said that while he appreciates the support of President Trump who called for "WAR" on the cartels in Mexico, their family is "praying for the leaders of both of these countries."

He said that he hopes, in the wake of this tragedy, these countries "can somehow unite," adding that so many families never "had the support that we had."

"I think this transcends politics and country lines. This is a humanitarian issue," he said.