The president tweets that it is time for Mexico, with the help of the U.S., to 'wage war' on the drug cartels after the execution of nine members of a Mormon family; Griff Jenkins reports.

President Trump on Tuesday offered U.S. assistance as he called on Mexico to “wage war” against the country's murderous drug cartel “monsters” in response to the brutal killing of multiple Americans a day earlier.

“If Mexico needs or requests help in cleaning out these monsters, the United States stands ready, willing & able to get involved and do the job quickly and effectively,” Trump tweeted. “The great new President of Mexico has made this a big issue, but the cartels have become so large and powerful that you sometimes need an army to defeat an army!”

US CITIZENS KILLED, KIDNAPPED IN CARTEL SHOOTING IN MEXICO

Officials say at least six children and three women, apparently all U.S. citizens living in a community of Americans in Mexico, were gunned down after their convoy came under fire during a daylight ambush Monday. Six children were found alive, five of whom have been taken to hospital in Phoenix, Arizona. One child is currently missing, and authorities are searching the mountainous area on the Sonora-Chihuahua border for the child. 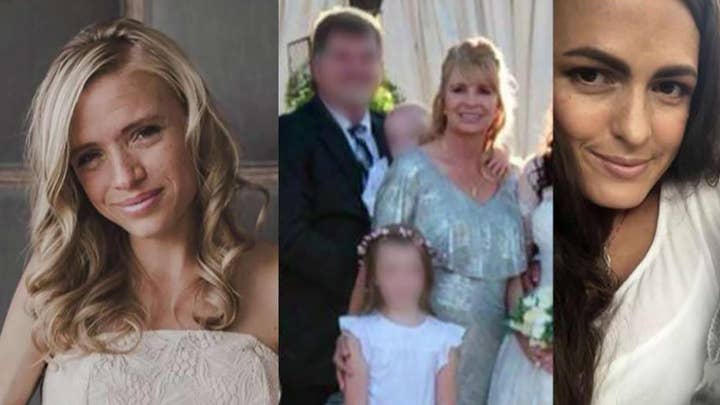 Those attacked were members of the LeBaron family, a well-known American clan who has lived in the community in the northern part of the country for decades, according to The New York Times. The attack targeted citizens who live in a community founded as part of an offshoot of The Church of Jesus Christ of Latter-day Saints.

"This is the time for Mexico, with the help of the United States, to wage WAR on the drug cartels and wipe them off the face of the earth," Trump tweeted. "We merely await a call from your great new president!"

President Andrés Manuel López Obrador refused that approach, however, saying at a Tuesday news conference, "The worst thing you can have is war."

Trump has repeatedly raised concerns about levels of gang violence and drug-related crime in Mexico, particularly as it relates to securing the U.S.-Mexico border. The two countries have stepped up cooperation on that front over the summer, with asylum seekers being returned to Mexico to await hearings, while Mexico has also increased its troop presence on both its northern and southern borders.

Early reports indicated the tragedy could have been a case of mistaken identity, but recent history also raises the possibility the LeBaron family was the intended target: only a decade ago, two members of the family opposed to local drug trafficking groups were kidnapped and murdered, according to the New York Times.

Mexico's federal Department of Security and Citizens' Protection said security forces were reinforced with National Guard, army and state police troops in the area following "the reports about disappearance and aggression against several people." The troops were searching for the missing community members, believed to include 11 children or more.

A number of Republicans backed Trump's call for action in Mexico in response to the massacre. Sen. Ben Sasse, R-Neb., said that Mexico is "dangerously close to being a failed state."

"This is what happens when Mexico’s politicians look the other way and let drug cartels bribe their way to power. Enough. Mexico’s president hasn’t taken the threat seriously and innocent American lives have been lost again. The Mexican government must partner with U.S. intelligence and law enforcement agencies to wage a full-scale offensive against these butchers,” he said.

Sen. Mitt Romney, R-Utah, whose own father was born in a Mormon settlement in Mexico, also extended his condolences for the victims and called for the U.S. to get involved.

“Our prayers are with their families who have suffered such an unspeakable tragedy. The U.S. must work with Mexican officials to hold accountable those responsible for this senseless violence,” he tweeted.