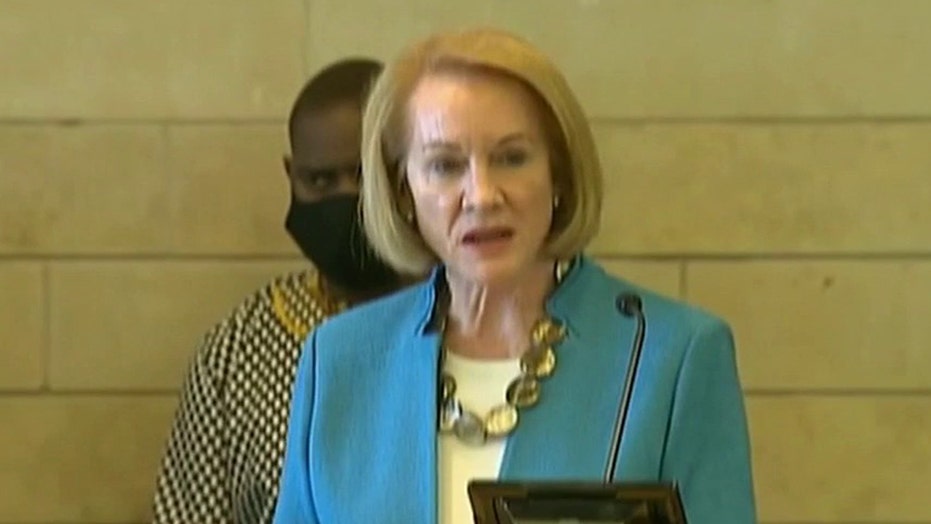 Homeland Patrol Division Security owner Steve Pansini on how his team is protecting homes and businesses inside the cop-free area.

Homeland Patrol Division Security owner Steve Pansini explained Tuesday that he and his team were hired to protect homes and businesses inside Seattle's so-called "CHOP" zone because residents have felt vulnerable and left unprotected by their city's leadership.

In an interview on "America's Newsroom" with host Ed Henry, Pansini said that residents called upon the private security company because they were scared for their livelihoods and their safety. 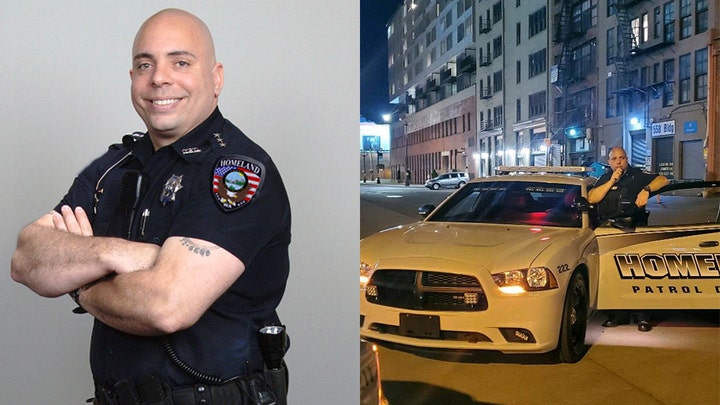 "I mean, they feel like they’re not protected by the law enforcement because of basically them having to get out of the autonomous zone. So, they looked for us – for that extra added protection," he stated. "And, you know, we can come in, we can bring that protection with a softer side. We’re about basically de-escalating the situations, trying to keep it calm, and make those homeowners feel like someone [is] there for them."

While Seattle's political figureheads had seemingly denied the harsher realities of the situation -- including the absence of police presence and the city's now-abandoned East precinct -- on Monday Democratic Mayor Jenny Durkan announced they would move to dismantle the zone following multiple shootings over the weekend. In a previous interview, Durkan had described the zone as a "block party."

It was not how Pansini described it.

A person who said he goes by the name James Madison, second from right, carries a rifle as he walks Saturday, June 20, 2020, inside what has been named the Capitol Hill Occupied Protest zone in Seattle. Madison is part of the volunteer security team that has been working inside the CHOP zone, and said he and other armed volunteers were patrolling Saturday to keep the area safe. A pre-dawn shooting Saturday near the area left one person dead and critically injured another person, authorities said Saturday. (AP Photo/Ted S. Warren)

"I mean, there's a lot of chaos going on. You know, there [have] been reports of people carrying AK-47s, AR-15s, kind of just walking around the zone. You hear a lot of bangs going off in the background [and] people just running around everywhere. It’s come to a situation where basically…I’m glad the mayor made the decision to take back that area and get the police back in their department so they can bring some control back to that area," he remarked.

"And, you know, it’s just different times. So, us taking charge and the mayor taking back that area is a great step now moving back forward," he asserted. 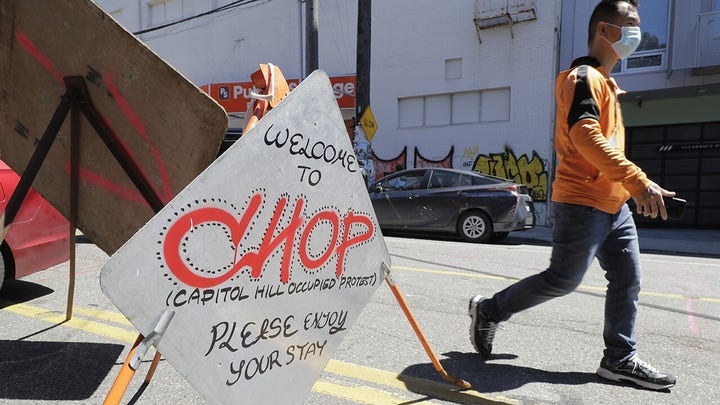 Pansini told Henry that while he believes defunding law enforcement is not a good idea and that law and order are a necessity, his community needs to "come to terms with each other" and rid itself of negativity.

"But, you know, you look at the negativity – [there are] limited numbers of people. But, those law enforcement [officers], they put their uniforms on every morning. They leave their families and they go to do a job to protect them. It’s not about violence; it’s about protection," he noted. "And, I’m just really glad to see that this is actually making a step [and] moving forward."

"But, I think everybody out there just needs to know that we are not here to cause any harm or judge anything like that. We are here to protect and keep peace," Pansini said.