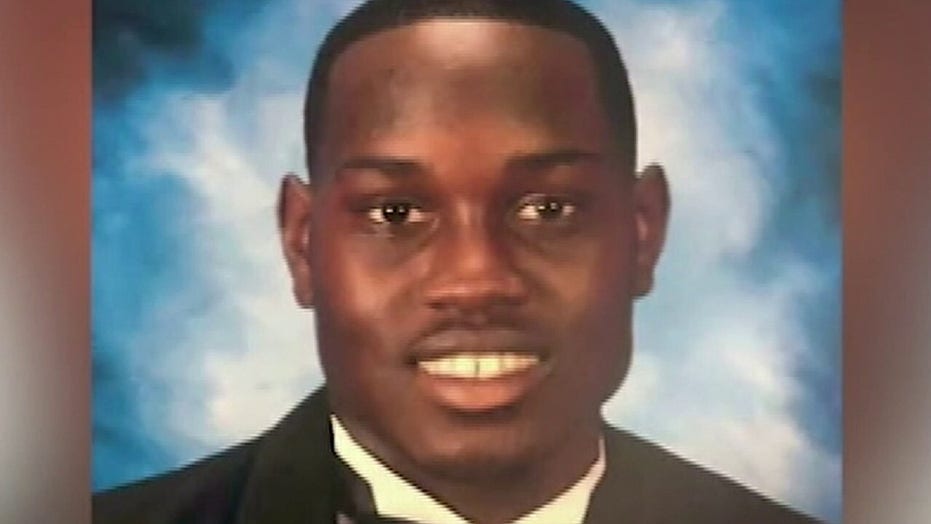 President Trump said on Friday that the video showing the killing of Ahmaud Arbery in Georgia was “disturbing" to watch, expressing confidence in authorities to make sure the case is handled properly.

“I looked at a picture of that young man. He was in a tuxedo … I will say that that looks like a really good young guy,” Trump told "Fox & Friends."

The Georgia Bureau of Investigation (GBI) announced Thursday night that a father and son were arrested and charged with murdering Ahmaud Arbery, whose shooting death in February has sparked protests.

Investigators said Travis McMichael, 34, with his father, Gregory, 64--both of whom are white--shot and killed Arbery, who is black, outside Brunswick on Feb. 23.

Video posted online by a local radio station earlier this week sparked outcry and calls for police to arrest the McMichaels, who had said they thought Arbery, 25, was a burglar. 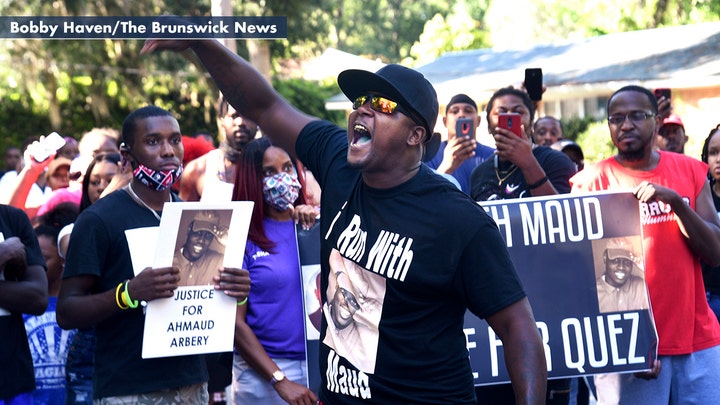 The video showed a black man jogging down a residential street before he encountered two white men and a pickup truck parked on the side of the road. He appeared to jog around their vehicle, into the road’s shoulder.

But, as he neared the front, a gunshot rang out and the jogger was seen struggling with a man holding a shotgun or rifle. They moved out of the frame, and another shot was heard. They came back into view, with a long-barreled gun held to the jogger’s midsection – and a third shot sounded off.

Moments later, he collapsed in the road.

Another man was seen in the video holding a handgun in the bed of the pickup.

Arbery was jogging in broad daylight in the Satilla Shores neighborhood when the McMichaels confronted him, according to the GBI.

“My heart goes out to the parents and the families and friends," the president said.

“[Brian Kemp] is going to do what’s right. It’s a heartbreaking thing. That was very rough, rough stuff.

“Justice getting done is the thing that solves the [racial problem]. Again, it is in the hands of the governor and I’m sure he’ll do the right thing. It could be something that we didn’t see on tape. If you saw, things went off tape and then back on tape.”