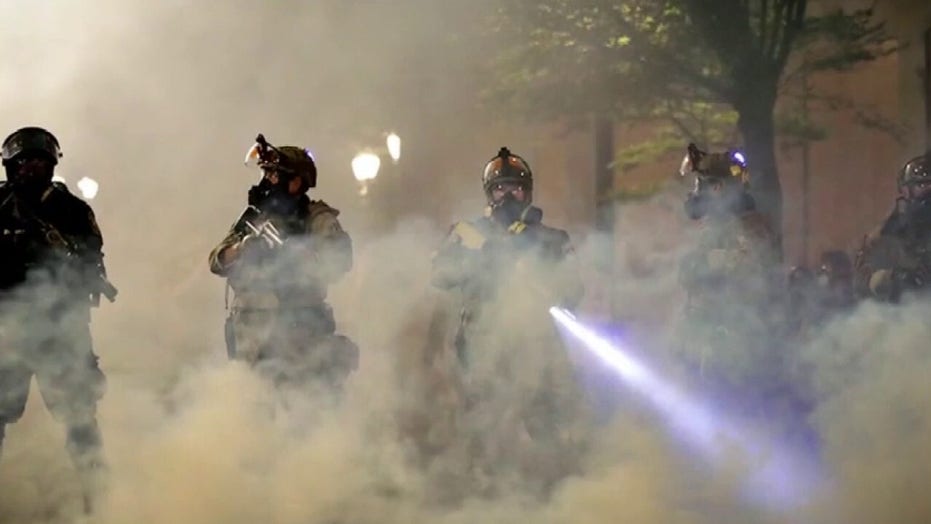 "It's pretty crazy,"  La Jeunesse told host Dave Anthony. "You're inside of a building that is pitch black. They keep the lights off so people aren't silhouetted, so they can't be targeted by the people outside."

La Jeunesse said he was instructed to wear a gas mask to prevent inhaling toxins from the tear gas deployed to quell the violent crowds, which he said "lingers in the air" due to a lack of ventilation "because everything is boarded up."

"It literally coats the floor and the wall. And it just kind of sits there in the air," he explained.

La Jeunesse was also given a helmet and a flak jacket to protect him from "all the debris and rocks and frozen bottles and things that are thrown at you when they finally open the doors."

"You have a lot of speakers who talk in generalities about systemic racism and police brutality," he said. "And then most ... leave ... and the people left behind are a little bit more hardcore. 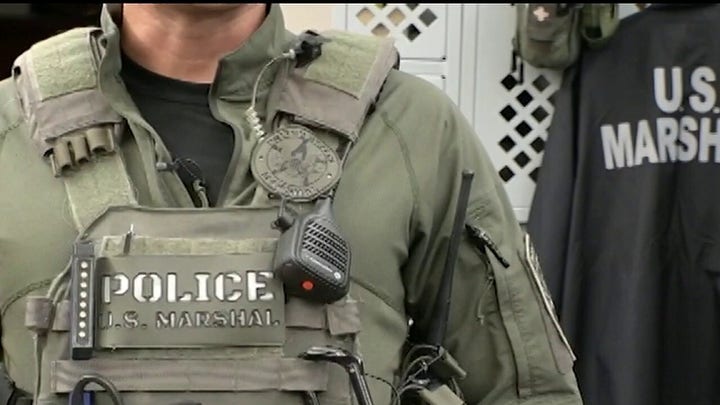 "It's after midnight. Most people who work for a living the next morning probably want to get in bed," he went on. "And then you've got the guys who are wearing helmets. They come in with their homemade shields. Like right now, I'm looking at a bucket of rocks next to me that are left, that are brought in, for the purpose of throwing at the feds."

La Jeunesse said some rioters set off fireworks inches away from the federal officers, several of whom have been forced to seek treatment after sustaining arm and leg burns.

"It's really loud and very disconcerting when you're on the inside," he told Anthony. "And these things, when they burn up in front of you, they burn agents' legs and arms and neck, stuff like that. They've got to go in for treatment."

Describing the variety of weapons used by rioters, La Jeunesse listed "bats, hockey sticks, a thing with nails in it where you'd hit somebody and the nail would catch on them.

"What was very inventive was the lawn sprayer that you'd use for pesticides," he added. "They [agents] confiscated, like, 12 of those."

"These are not like a laser pointer that you'd use in class. These are the lasers they use that can reach, you know, pilots in airplanes. They're really strong, and [as] soon as they open the doors, they'll train those lasers on you. And, of course, you're instructed, 'Don't look at the laser.'"

The correspondent added that three federal agents "have retina damage, apparently permanently. One of them, I guess ... still sees spots, but his vision's coming back."

At a certain point in the evening, La Jeunesse said, "over the loudspeaker, the feds will say, you know, 'This is gonna be declared [an] unlawful assembly. Get off the fence. You're subject to munitions and tear gas if you don't stop doing this.'"

"People don't stop," he went on.  "And then they rush out the doors in their gear and then try to hose down the fires and they shoot pepper balls and tear gas to try to clear the area.

"And that's good for about 20 minutes, and then they come back and do it again."