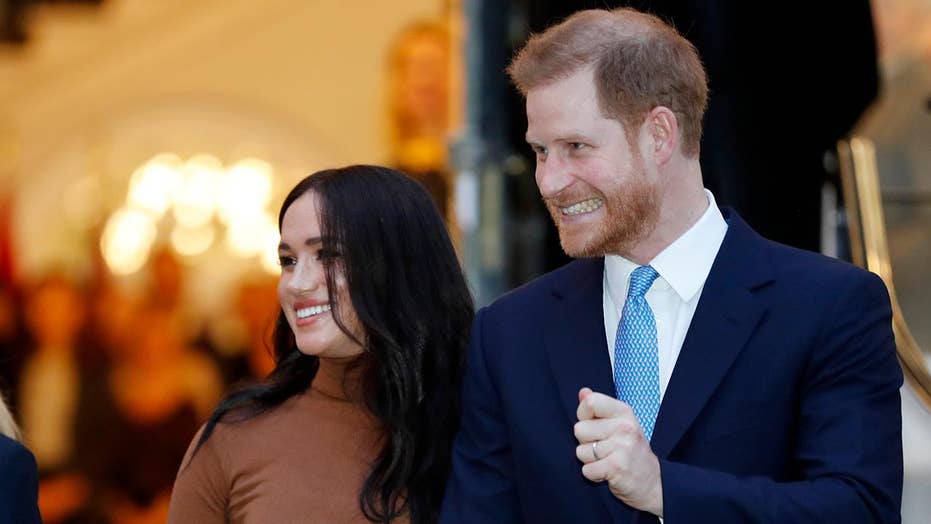 The British media report that Prince Harry and Duchess Meghan blindsided Queen Elizabeth with their decision to step back as senior members of the royal family; chief correspondent Jonathan Hunt reports.

"Good Morning Britain” co-host Piers Morgan blasted CNN on Friday over a report that claimed "race" was involved in the highly-publicized fallout between Meghan Markle and the royal family.

In a piece called "Coming or going, Meghan gets the blame -- and it's because of her race," CNN senior entertainment writer Lisa Respers France insisted that Markle's mixed background had a role in the hostility she faces since becoming the Duchess of Sussex.

"From the moment Prince Harry and Meghan Markle made their relationship known to the public in 2016, the message many Britons sent to her was clear: You aren't one of us, and you aren't welcome," France began her analysis report. "Meghan, a biracial, divorced American actress, was far from what many envisioned as a fairy-tale match for a beloved member of the British royal family. While many in the UK welcomed her, the British tabloid media and a large swath of the Twitterverse were not kind."

The report cites multiple professors and experts who all agree that race had a role in the animosity Markle received from the some in the public, including the British press.

"While Meghan identifies as biracial, she is being treated as a black woman. Every black woman, including myself, knows what that means. As far as the world is concerned, your entire being is filtered through the color of your skin," France continued.

Morgan, who hosted "Piers Morgan Live" on CNN following the 2010 departure of veteran newsman Larry King, ripped his former network for its report.

"Disgraceful race-baiting by ⁦@CNN - this is such a lie," Morgan reacted.

The British media personality doubled down as he responded to critics.

"Meghan’s had a LOT of very good press & some bad press when she has (mostly) deserved it. But I haven’t seen anything racist published or broadcast about her in the British media. It’s a lie," Morgan tweeted.

CNN ANALYST BLAMES 'CROSSFIRE' ON IRAN SHOOTING DOWN AIRPLANE, GETS PUMMELED ON TWITTER

He followed by sharing images of various British tabloids with covers offering positive headlines for Markle and Prince Harry.

"'Nasty racist British press had it in for Meghan from the start,'" Morgan sarcastically quipped.

Morgan, a longtime critic of Markle, took a victory lap on Wednesday after the royal couple announced they will take “a step back” as senior members of the royal family.

Morgan went on to send other tweets, including the snarky, “What Meghan wants.. Meghan gets.”