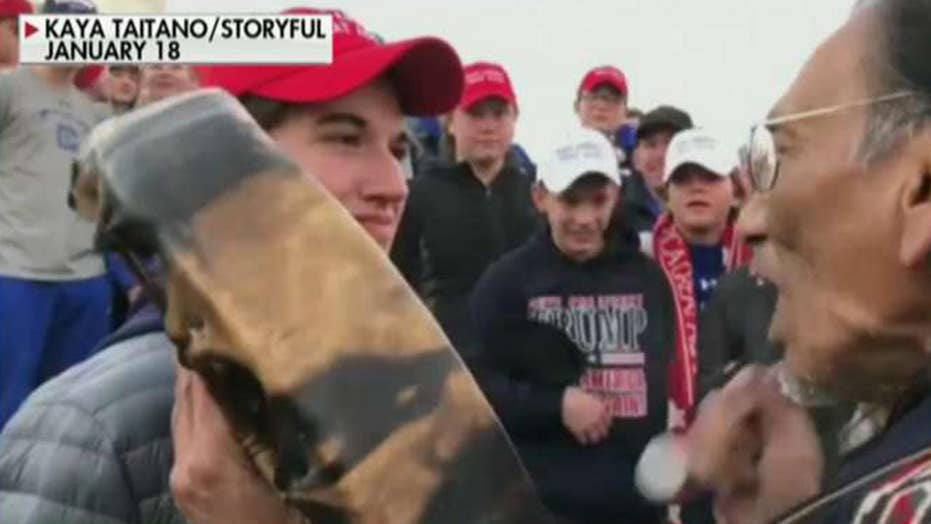 Todd McMurty, attorney for Nicholas Sandmann, on going forward with the lawsuit on 'Tucker Carlson Tonight.'

CNN has settled a multimillion-dollar defamation lawsuit filed by Covington Catholic High School student Nick Sandmann over its botched coverage of a viral confrontation with a Native American elder that had portrayed the Kentucky teen as the aggressor.

Fox 19 first reported that CNN settled with Sandmann on Tuesday for an undisclosed amount. The $250 million defamation suit sought damages for the "emotional distress Nicholas and his family suffered" in the fallout of the network's reporting.

Sandmann’s attorney, Todd McMurtry, declined to comment on the dollar amount or other elements of the settlement with CNN.

McMurtry told Fox News that lawsuits against “as many as 13 other defendants will be filed in 30 to 40 days.”

Among them: ABC, CBS, The Guardian, The Huffington Post, NPR, Slate, The Hill, and Gannett which owns the Cincinnati Inquirer, as well as miscellaneous other small outfits, according to McMurtry. Separate lawsuits against the Washington Post and NBC have already been filed, he added.

Last March, Sandmann's attorneys filed a suit against CNN for its coverage of the incident before all the facts had surfaced. The teen was seeking a whopping $800 million in damages from CNN, NBC and the Post.

Sandmann was swept up in a controversy after a video clip depicted the "MAGA" hat-wearing student smiling at Nathan Phillips beating a drum and singing a chant as he was surrounded by Sandmann's peers, who all had joined in on the chant in front of the steps of the Lincoln Memorial. 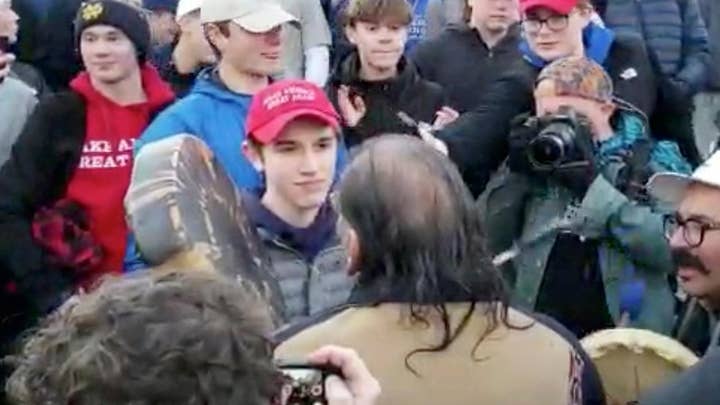 However, several mainstream media outlets, including CNN, portrayed the incident with Sandmann and the other teens as being racially charged before it was discovered by additional footage that a group of Black Hebrew Israelites had provoked the confrontation by slinging racial slurs at the students as they were waiting for their bus following last year's March For Life event in Washington D.C. Footage then showed Phillips, who was in town for the Indigenous Peoples March, approaching the students amid the rising tension between the two groups.

Neither CNN nor NBC commented; a Post spokesperson previously said, "While we do not accept the characterizations and contentions regarding our reporting of the incident at the Lincoln Memorial, we have taken steps to address the concerns expressed to us. The full story did not emerge all at once and throughout our coverage, we sought to produce accurate reports. Even the comments of the school and church officials changed, and The Post provided ongoing coverage of the conflicting versions of this event and its aftermath, giving prominent attention to the student’s account and the investigative findings supporting it. We thus have provided a fair and accurate historical record of how this incident unfolded."