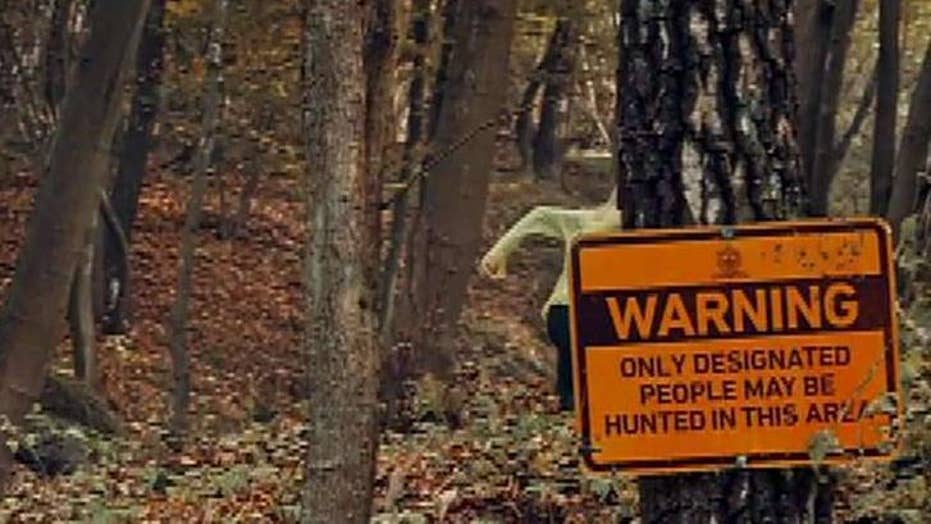 Comcast’s MSNBC and NBC News pundits have breathlessly called for gun control, but the network is silent on an upcoming movie from its sister company which reportedly features humans hunting each other for sport with assorted high-powered weapons.

NBC Universal’s “The Hunt” has been under fire since two tragic mass shootings occurred last weekend, as it is billed as a satirical take on wealthy thrill-seekers taking a private jet to a five-star resort where they embark on a “deeply rewarding” expedition that involves hunting down and killing designated humans.

“Calling for gun control while profiting off of movies that feature gun violence with political protagonists pitted against each other is patently hypocritical, but that's just another day in broadcast 'news,' where some in the media are doing more to divide this country and incite hatred and violence that anyone in politics could ever come close to doing,” The Hill media reporter Joe Concha told Fox News.

“Calling for gun control while profiting off of movies that feature gun violence with political protagonists pitted against each other is patently hypocritical."

NBC News and MSNBC declined to comment when asked about “The Hunt.”

The Hollywood Reporter reported on Tuesday that the violent movie “follows a dozen MAGA types who wake up in a clearing and realize they are being stalked for sport by elite liberals.” Very few people that weren’t involved with the production of the film have seen the script, but THR noted that characters in the film refer to the victims as “deplorables” - the same term Hillary Clinton infamously dubbed Trump supporters during the 2016 election. The report noted that a character asks, "Did anyone see what our ratf--ker-in-chief just did?"

"At least The Hunt's coming up. Nothing better than going out to the Manor and slaughtering a dozen deplorables," a character responds, according to THR.

Concha doesn’t think this plot would go over too well if roles were reversed.

“I try to imagine a world where supporters of Elizabeth Warren or Alexandria Ocasio-Cortez are hunted down and murdered by a group of pro-Trump gun-wielding supporters and the media reaction to it. And the apocalypse has nothing on it compared to the overwhelming, front-page, wall-to-wall, 24/7 coverage such a film would receive,” Concha said.

“We are yet again having another national discussion about gun policy, about the prospects of gun reform and what gun reform could be and what we should dare to hope for in terms of those prospects and whether this might be another moment that might change it,” Maddow said on Wednesday.

MSNBC did not cover the controversy surrounding “The Hunt” from Aug. 5-8 during the height of the backlash.

“If they think NBC News and MSNBC can make money with a gun control agenda, they will do it. And if Universal can generate revenue with gory, violent films, they will do that, too."

“If they think NBC News and MSNBC can make money with a gun control agenda, they will do it. And if Universal can generate revenue with gory, violent films, they will do that, too. The execs at NBC and Universal would have little interaction or coordination, of course, but surely there is no overarching guidance on principles coming from the very corporate top,” McCall said.

NBC Universal and Comcast did not immediately respond to requests for comment.

Universal Pictures has declined comment since a statement earlier in the week noted the film’s marketing campaign was on hold. However, a studio insider told Fox News on Thursday that the film is still scheduled to hit theaters on September 27.