“What has happened for the last five years was that we had major media basically lie about Donald Trump and his supporters," the conservative pundit said on “Fox & Friends.”

"And at this point it is undeniable ‒ and it has been for many years ‒ that these are intentional lies told about Donald Trump and his supporters, and a refusal to even try to come to terms with why so many people would support the most successful Republican president since Ronald Reagan,” Hemingway said.

Hemingway argued that Trump’s success is “based a little bit in his personality, while more so being based on his “policies.” While minorities unexpectedly embraced Trump’s “conservative populism,” as indicated by the presidential election, major media outlets “refused” to bring that narrative into the spotlight.

“These voters include unprecedented numbers and percentages from groups that are historically quite hostile to Republicans,” Hemingway said. 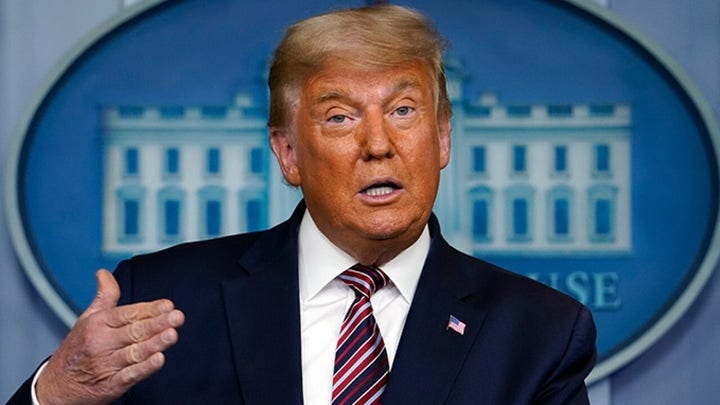 Hostin said she felt that over 68 million Americans who voted for President Trump were “selfish” because they voted for someone who she says is racist, misogynistic and homophobic.

As of Thursday afternoon, the 2020 presidential election remains too close to call and Hostin said she is surprised the race is so tight considering the “botched job” that Trump did during his first term.

“For the past four years, this president has shown us that he is a misogynist, that he is homophobic, that he is racist and that he mismanaged a coronavirus pandemic to the tune of 250,000 American deaths,” Hostin said. “Yet 50% of America saw all of that and looked the other way to their brothers and their sisters and said, ‘I’m going to vote for him anyway.’"

She called it “really disheartening” and "selfish” to vote for Trump.

Hemingway argued that the mainstream media pushed a narrative against Trump by distorting polling data before the election and “lying” about the Trump administration. Hemingway cited The Washington Post’s recent Wisconsin poll that Trump would “lose by 17 points,” while the actual result was less than one point in favor of Joe Biden.

Hemingway called this an “intentional manipulation of the narrative that is not based in reality.”

“This is something that people like Sunny Hostin, but, really pretty much almost everybody throughout major media have refused to even begin to think about, instead deciding to lie about the successes of this Republican president, to hide all of the problems with other candidates, to rig polls for months leading up to elections so that it sets a narrative that nobody could possibly like Donald Trump in Wisconsin,” she said.

“It’s really disappointing to see people like Sunny Hostin continuing in these false claims, even at this point when more than 69 million Americans have shown their support for President Trump after witnessing his four years as president.”