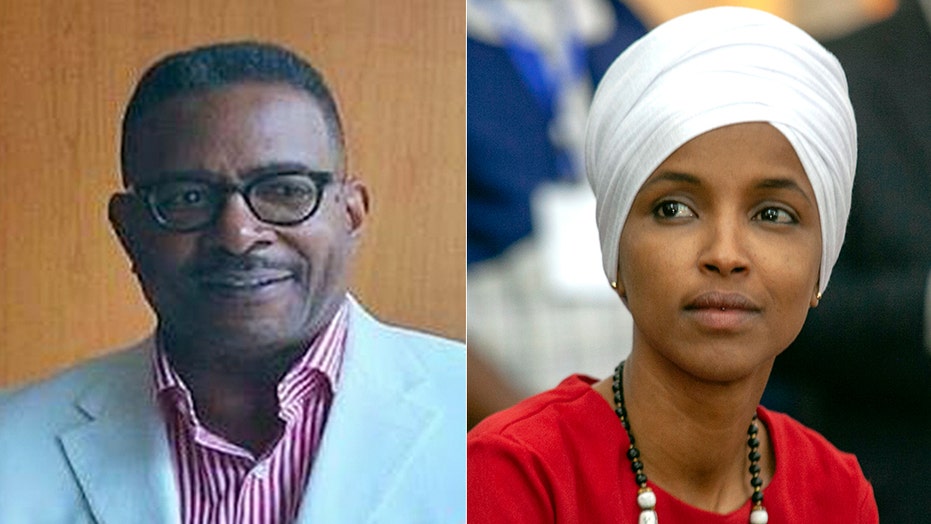 Republican challenger to Rep. Ilhan Omar has a message to 'the Squad' on Israel

Lacy Lee Johnson says the government of Israel was well within its rights to ban Rep. Ilhan Omar and Rep. Rashida Tlaib from entrance into the country.

Lacy Lee Johnson, a Republican who's running to unseat Rep. Ilhan Omar, D-Minn., defended Israel's decision to reject entry for the progressive congresswoman, arguing that she made herself the nation's enemy by backing boycotts.

"The government of Israel was well within its rights to deny her and its expected that they would do that," Johnson told "Fox & Friends" on Saturday. "Ms. Omar has openly called for the boycott, divestment, and sanction of Israel and, as such, she has basically made herself an enemy of that nation."

He added that no country he could think of would let someone like that enter. Johnson also pointed to Omar's itinerary which he said was about delegitimizing Israel and pushing the BDS movement.

Omar, Johnson alleged, was trying to become an "international celebrity" rather than focusing on the people in her district who were dealing with crime and poverty.

Johnson's comments echoed those of Israeli Prime Minister Benjamin Netanyahu who claimed the itinerary -- which stated she was visiting "Palestine" rather than "Israel" -- served as evidence that Omar's intent was to further a boycott.

"They hate Israel & all Jewish people, & there is nothing that can be said or done to change their minds. Minnesota and Michigan will have a hard time putting them back in office. They are a disgrace!" he tweeted.