Israeli officials have decided to block U.S. Reps. Rashida Tlaib, D-Mich., and Ilhan Omar, D-Minn., from entering the country as part of a planned visit, a reversal that comes amid pressure from President Trump and concerns about their support for boycotts of Israel.

The move prompted a massive outcry from Democratic lawmakers in Washington, with House Speaker Nancy Pelosi calling it a "sign of weakness" and Omar accusing Israel of implementing "Trump’s Muslim ban."

"It is an affront that Israeli Prime Minister Netanyahu, under pressure from President Trump, would deny entry to representatives of the U.S. government," Omar said in a statement.

But the Israeli government staunchly defended the decision -- suggesting the lawmakers had ulterior motives with the planned trip.

Israeli Prime Minister Benjamin Netanyahu, explaining the decision at length on his office's Twitter account, said that Tlaib and Omar's itinerary "revealed that they planned a visit whose sole objective is to strengthen the boycott against us and deny Israel's legitimacy."

Netanyahu said their travel plans referred to a trip to "Palestine," not Israel, and the congresswomen were not interested in meeting with Israeli officials. He went on to note that the Palestinian organization that planned the visit, MIFTAH, supports the boycott movement, and that people associated with the group have supported terror against Israel in the past.

He said Israel welcomes critics with the exception of those who support boycotts of the Jewish State.

The decision itself was made by Interior Minister Arye Deri and announced earlier Thursday by deputy foreign minister Tzipi Hotovely, despite prior assurances that the congresswomen would be allowed in.

"Israel has decided — we won’t enable the members of Congress to enter the country,” Hotovely told public broadcaster Kan. "We won’t allow those who deny our right to exist in this world to enter Israel. In principle, this is a very justified decision."

Omar and Tlaib were among 17 members of Congress who voted against a resolution condemning the Boycott, Divestment and Sanctions (BDS) movement in July. This was after Omar introduced a resolution of her own that encouraged the use of boycotts as a political tool, and told Al-Monitor that "it is an opportunity for us to explain why it is we support a nonviolent movement, which is the BDS movement." 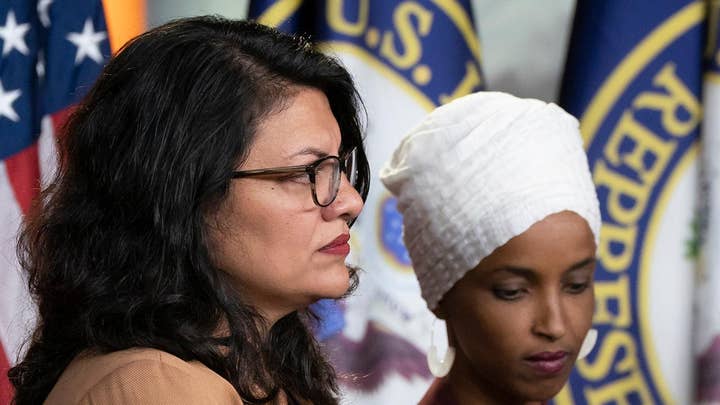 Netanyahu confirmed that Deri would consider permitting Tlaib to visit her Palestinian family members if she filed a humanitarian request and promised not to promote boycotts of Israel while she visits.

Trump cheered the decision, tweeting: "Representatives Omar and Tlaib are the face of the Democrat Party, and they HATE Israel!" This, after he publicly pressured Israel to stand firm in blocking Omar and Tlaib amid earlier reports that the government was considering doing so.

"It would show great weakness if Israel allowed Rep. Omar and Rep.Tlaib to visit," Trump tweeted Thursday morning. "They hate Israel & all Jewish people, & there is nothing that can be said or done to change their minds. Minnesota and Michigan will have a hard time putting them back in office. They are a disgrace!"

But while the U.S. ambassador to Israel put out a statement of support for the decision, Democratic lawmakers and even Israel's Washington allies were critical.

Notably, pro-Israel lobby AIPAC tweeted that while they disagree with Omar and Tlaib's positions, "We also believe every member of Congress should be able to visit and experience our democratic ally Israel firsthand."

Democrats expressed strong opposition to keeping Omar and Tlaib out.

"Banning Congresswomen Omar and Tlaib from entering Israel and Palestine is a sign of enormous disrespect to these elected leaders, to the United States Congress, and to the principles of democracy," presidential hopeful Sen. Bernie Sanders, I-Vt., said in a tweet. "The Israeli government should reverse this decision and allow them in."

Another presidential candidate, Sen. Elizabeth Warren, D-Mass., weighed in before the decision was formally announced.

"Israel doesn't advance its case as a tolerant democracy or unwavering US ally by barring elected members of Congress from visiting because of their political views," Warren tweeted, saying it would be "shameful" and "unprecedented."

"I strongly condemn this decision by the Israeli government, which undermines the ability for our two allied countries to have the frank, open and, at times, difficult discussions that we must have in order to ensure Israel remains a secure and democratic nation," Nadler said.

MIFTAH issued a statement saying that Israel's decision was "an affront to the American people and their representatives" and "an assault on the Palestinian people's right to reach out to decision-makers and other actors from around the world."

Israeli media reported earlier on discussions of barring the freshman congresswomen due to their support for the anti-Israel BDS movement. Israeli law says those supporting boycotts of the country may be denied entry.

Waivers can be granted for diplomatic figures, however, Haaretz reported. And in July, Israel’s U.S. ambassador said the country would not bar U.S. lawmakers out of “respect” for Congress and Israel’s longtime “alliance” with the U.S. Trump expressed frustration about the decision last week, The Washington Post reported.

Netanyahu, though, also faced pressure from Democratic leaders and some U.S.-based Israel advocacy groups that were advising against barring the congresswomen, the Post reported. 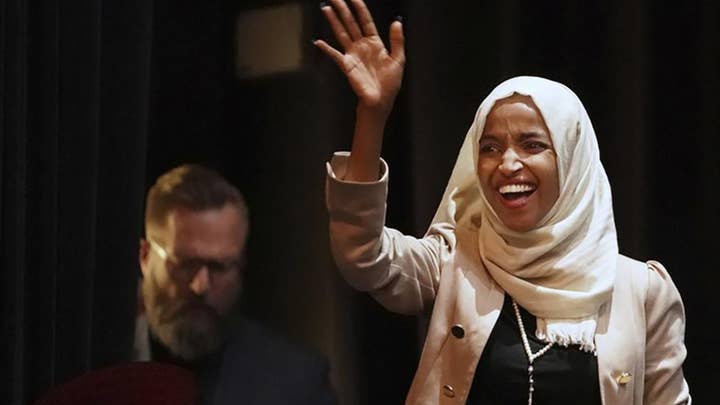 On Thursday, before the formal denial, Israeli Channel 13’s Barak Ravid reported that, according to officials, Netanyahu had been considering allowing Tlaib and Omar to enter Israel, but only to travel within the territories controlled by the Palestinian Authority.

Tlaib and Omar had been scheduled to arrive in Israel on Friday. Ravid reported for Axios that Israel was worried that the congresswomen would visit the Temple Mount – the holiest site for Jews and third holiest for Muslims – along with Palestinian Authority officials.