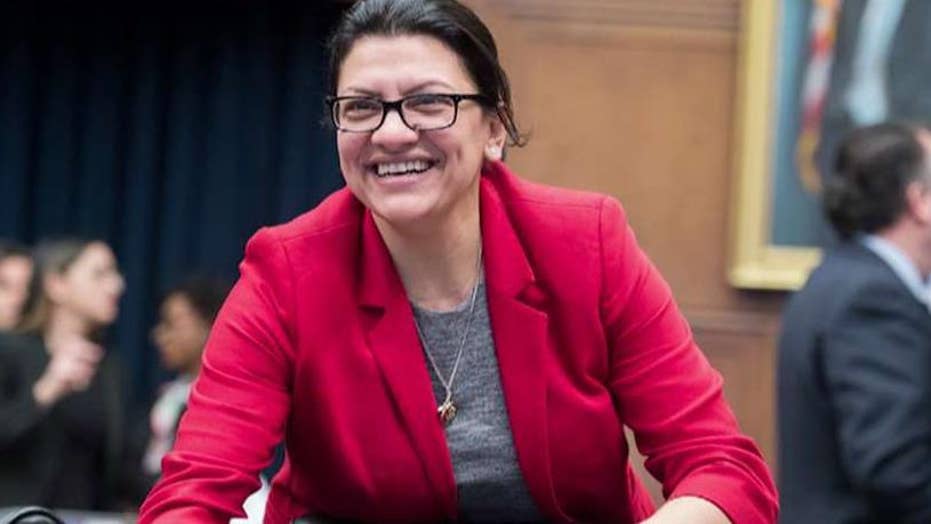 Ty Matsdorf and Colin Reed weigh in on the political repercussions of 'the Squad's' feud with Israel.

"Nancy Pelosi, by putting this ideologically radical, nasty human being on the House Committee on Foreign Affairs, committed a great sin against the American people because this lady should not be anywhere near the levers of power when it comes to the delegation of foreign aid," Shapiro said on his podcast Friday.

Shapiro was discussing Omar's response to Israel banning her from entering the nation, a decision she indicated disrupted her abilities to perform oversight of U.S. foreign aid.

Shapiro argued the attempted trip was a public relations set-up for Omar and Rep. Rashida Tlaib, D-Mich., that Pelosi signed off on. His comments followed a controversy in which President Trump appeared to pressure Israel into rejecting entry for Tlaib and Omar.

MOLLIE HEMINGWAY: 'PEOPLE NEED TO UNDERSTAND THE SERIOUSNESS OF EFFORTS TO GO AFTER ISRAEL'

When Prime Minister Benjamin Netanyahu commented on the decision, he claimed the congresswomen's itinerary showed that "they planned a visit whose sole objective is to strengthen the boycott against us and deny Israel's legitimacy."

That rang true for Shapiro who pointed to language in  the congresswomen's itinerary seemed to deny Israel's existence.

"The first day is in Jerusalem. So, Jerusalem, according to Omar and Tlaib, is Palestinian territory ... Not only that, the groups that Omar and Tlaib are going on this trip with are openly anti-Semitic, terror-supporting groups. So, why would Israel let these people in?"

The whole controversy, Shapiro argued, was "just a giant P.R. set up for Omar and Tlaib ... the whole thing is manipulative garbage."

He said that became even more clear after Tlaib rejected an offer to visit her grandmother in Israel while forgoing more politicized visits. "Rashida Tlaib made it clear that she hates the Jews more than she loves her own grandmother," Shapiro added.

Tlaib said on Friday that she wouldn't visit, claiming "oppressive conditions meant to humiliate me would break my grandmother's heart."

Tlaib explained her decision, arguing that, "Silencing me & treating me like a criminal is not what she wants for me."

"It would kill a piece of me. I have decided that visiting my grandmother under these oppressive conditions stands against everything I believe in--fighting against racism, oppression & injustice," she tweeted.