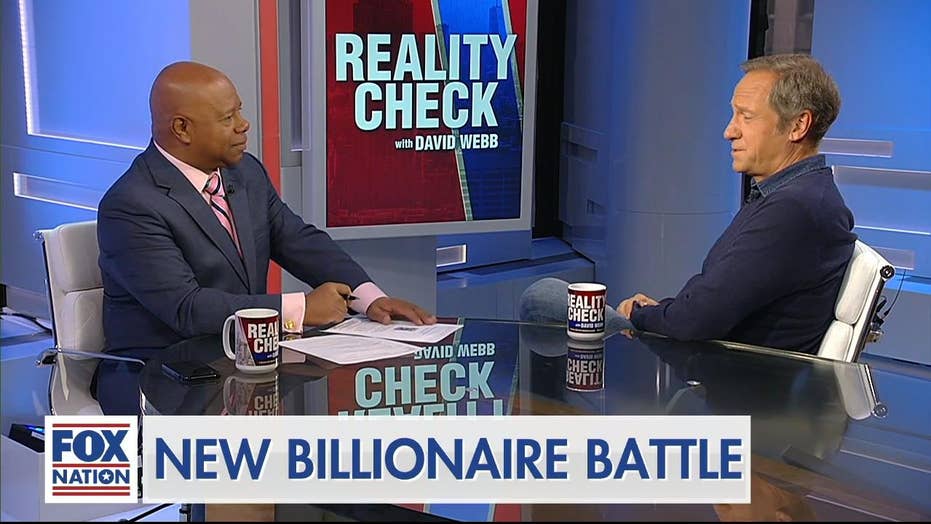 There is no mystery behind escalating criticism of American's wealthiest citizens during the 2020 presidential campaign, said TV host and actor Mike Rowe.

"It's not a new thing. It's as old as hate. You know, the trick is we just got to figure out who we hate this week," argued Rowe on Fox Nation's "Reality Check with David Webb."

"This country has been successful because ... it was business and industry and expansion, whether in agriculture and technology, hard work, you know, people taking risk," observed Webb, saying that many in the media appear to be stoking Americans' "envy" of their fellow countrymen.

"For me, you know, it's even more human," continued Rowe.  "I think on some level, we wind up resenting everything we rely on. It's only a matter of time. But if you walk resentment back, it almost always comes from some kind of dependency."

The former "Dirty Jobs" host said that the recent planned power outrages in California provided an example of resentment in action.

"Last week, I was without power for four days and a lot of my neighbors realized all of a sudden, 'Wait a second, nothing works.'" he recalled. "That makes people very angry. And they don't know who to blame. So they flip off the linemen. You know, they blame PG&E. They blame the politicians. They blame everything."

"But deep down, what's really going on is they just got a reminder that they utterly rely on a little plastic switch and the miracle that happens when they flip it and they're not in control of any of that. They don't have a generator. They don't have the means to fix the problem," said Rowe, suggesting that resentment is being turned on the wealthy by those who believe that the economic system is not working for them.

Rowe suggested that Americans must empower themselves by re-evaluating the definition of a good job in America.  He started the "Mike Rowe Works Foundation," which educates people about, "millions of 'shovel ready' jobs for a society that doesn’t encourage people to pick up a shovel."

"We've got over 7 million jobs in this country... that we need to fill," observed Webb.  "And in order to fill those jobs, we've got to get people through the right education."

"Look on 'Dirty Jobs,' I failed in this area. I could have done a better job," admitted Rowe.  "But of the 300 people we featured, 40 were multimillionaires. Nobody knows it because they were covered in crap because they were crawling through a sewer or working in a septic tank. We don't associate optically any level of success with somebody who's covered in filth... reminding people of that is important," he concluded.

To watch all of David Webb's conversation with Mike Rowe on "Reality Check" go to Fox Nation and sign up today.