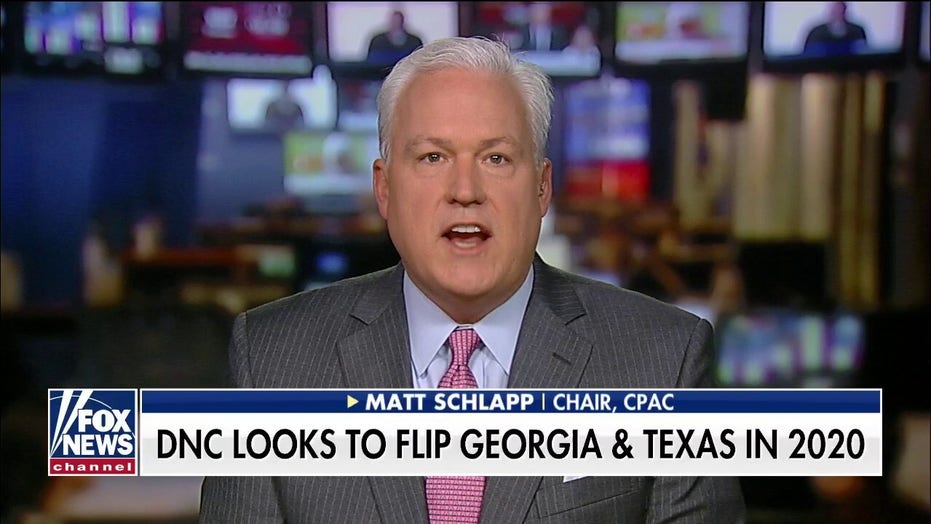 CPAC Chairman Matt Schlapp told 'Fox &amp; Friends' that Bloomberg's awkward South Carolina debate interaction was a 'moment of honesty,' and him buying the majority in the House of Representatives is 'kind of like going and buying an exotic sports car.'

Appearing on "Fox & Friends" with host Brian Kilmeade, Schlapp said that Bloomberg believes his massive donations to Democrats in 2018 was "kind of like going and buying an exotic sports car."

TRUMP TAUNTS DEMS AFTER CHAOTIC DEBATE PERFORMANCE, PLEADS 'GIVE ME AN OPPONENT!'

Although viewers spent most of the 10th presidential debate listening to candidates take turns trading blows with current front-runner Vermont Sen. Bernie Sanders, in an awkward moment the former three-term New York City mayor started to say that he had "bought" successful Democratic congressional candidates whose campaigns he financially supported.

Bloomberg spent $100 million to help Democrats take back the House majority in the 2018 midterm elections. He quickly corrected himself: "I got them."

"He's got the checkbook: 'I just bought it,'" Schlapp mimicked.

"So, I think it was a moment of honesty," he noted.

"You know, the hypocrisy of people like Michael Bloomberg..." he continued, "Whatever happened to all of their saying public financing of campaigns and strict limits on money?"

"I guess it doesn't apply to Michael Bloomberg, who literally is spending millions of dollars to buy the politics in this country," Schlapp remarked.

"Yeah, the hypocrisy is ripe up on that stage," Schlapp reiterated. "And, I think the American people...I think they see a competition to be the head or the Dean of the Arts and Letters Program of your nearby radicalized college. You don't see a president up there."

"They are not talking about issues that matter to Americans who are kind of in the middle or less political. They are just trying to out-extreme each other and some of them are trying to do it with their checkbook," he concluded. "I think it's not very appealing to most voters."

Fox News' Joseph A. Wulfsohn, Gregg Re, Andrew O'Reilly, and The Associated Press contributed to this report.