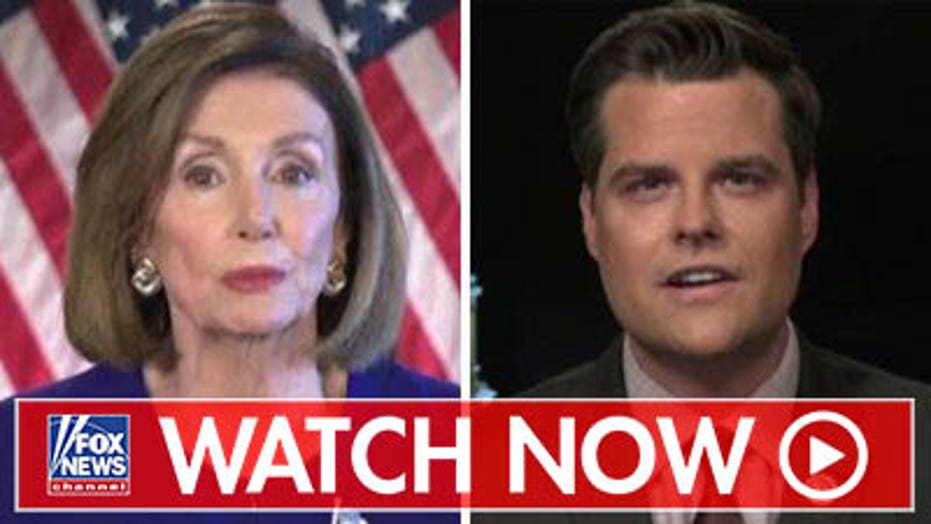 The claims President Trump committed impeachable offenses in a discussion with Ukrainian leader Volodymyr Zelensky is like a rerun of the Russia investigation, Gaetz claimed Tuesday on "Hannity."

"I saw the Russian movie, I'm not sure I'm going to like the Ukrainian knockoff," he said.

"What Nancy Pelosi did today was not only unprecedented... it embarrassed the House of Representatives, it undermined the solemn duty of impeachment that a future House may have to undertake if there is something wrong." 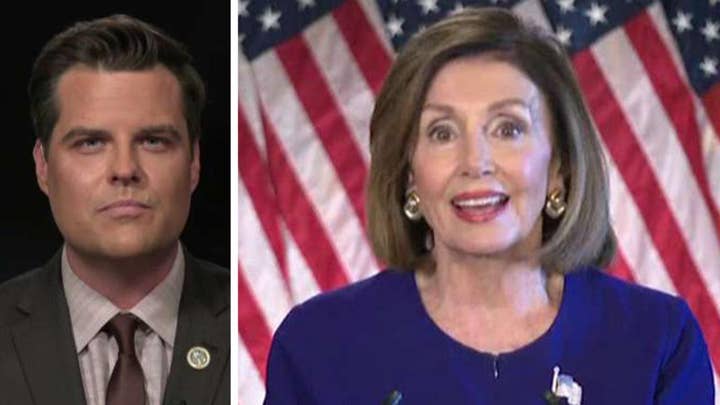 Gaetz said Pelosi announced the impeachment inquiry before she knew the full facts of the case at hand -- as President Trump pledged to release the Zelensky call's transcript on Wednesday.

"This is more about her holding onto power and holding onto the Speaker's Gavel than any sense of justice," he said.

Echoing Gaetz's remarks, host Sean Hannity said it was wrong for Democrats to "lecture anybody else about the sanctimonious superiority of their values."

On the call with the newly elected Ukrainian president, Trump allegedly pushed him to investigate former Vice President Joe Biden and his son Hunter. Joe Biden has acknowledged on camera that, when he was vice president, he successfully pressured Ukraine to fire its top prosecutor, Viktor Shokin, while Shokin was investigating the natural gas firm Burisma Holdings — where Hunter Biden was on the board. Shokin himself had separately been accused of corruption.

But there were several indicators throughout the day that Pelosi's gambit could backfire, as Republicans predicted over the weekend.