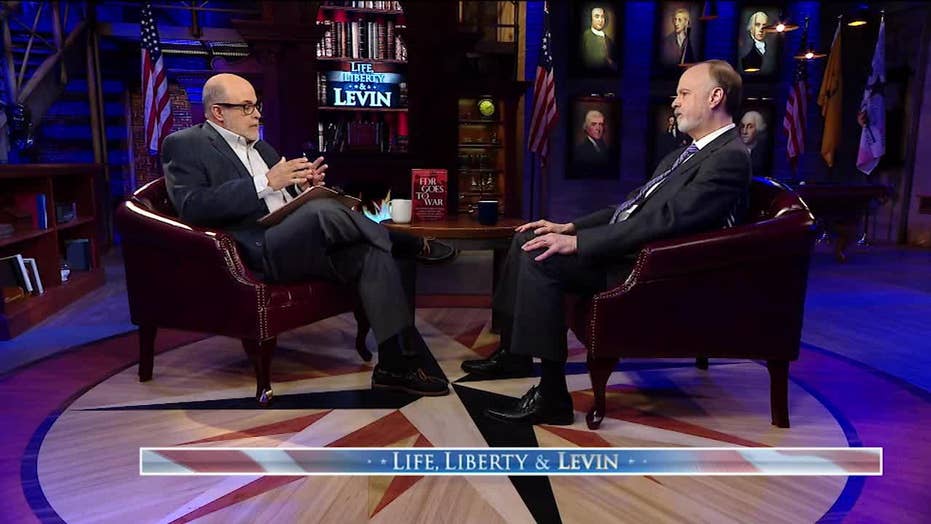 President Franklin Roosevelt and the Democratic lawmakers of his time proudly campaigned on providing "quid pro quos," while Republicans were criticized for championing limited government, according to economic historian and former Hillsdale College professor Burt Folsom.

In an interview airing Sunday at 8 p.m. ET on "Life, Liberty & Levin," Folsom told host Mark Levin he found it ironic that Democrats in Congress impeached President Trump for an alleged "quid pro quo" involving Ukraine when their own party thrived on the practice in the early 20th century.

"Franklin Roosevelt operated in a quid pro quo setting almost every day of his presidency during the 1930s, and it was accepted by the Democratic Party that that's the way it would work. In fact, they campaigned on quid pro quo," he said.

Folsom explained that Roosevelt made something of a custom of keeping records of which lawmakers were competing for government largesse.

"They [Democrats] wanted to be loyal to Roosevelt to get the money," he said, adding that Democrats would make a point of telling voters how much they had been able to secure through supporting FDR, which left Republicans in a tricky situation.

Voters would hear Democrats' promises and ask GOP candidates what they would do for them. While Democratic lawmakers crowed about Works Progress Administration (WPA) projects and "federal contributions," Republicans would be resigned to repeating their mantra of "limited government," Folsom explained.

Levin remarked that it sounds as if the "modern Democratic Party" was built on "infinite quid pro quo deals."

"It changed the American political debate in the 1930s," Folsom said.

The Roosevelt Democrats were so successful with their messaging in that way that the party won five consecutive presidential elections between 1932 and 1948, with FDR himself winning an unprecedented -- and now unrepeatable -- four of them.

BARNETT: THE LEGISLATIVE BRANCH CAN ABUSE ITS POWER

In more recent times, Folsom said, Richard Nixon tried some of Roosevelt's same tactics. The historian specifically noted that Nixon timed an increase in Social Security benefits to take effect before the 1972 election while the taxes needed to pay for the increase would not take effect until after the vote.

"That's a very kind of Franklin Roosevelt stunt," Folsom said, "manipulating the bureaucracy to advance your own presidency."

Levin blamed Roosevelt for standardizing that phenomenon and noted that the Democrats throw "obstacles" at Republican presidents like Nixon and Trump.

"Nixon [was] essentially facing impeachment for some of the same things these prior presidents did [when he resigned]. And we don't even talk about it honestly in this country," Levin remarked.

Folsom said that Nixon tapped his top adviser, John Ehrlichman, to press the Internal Revenue Service (IRS) to audit Democrats alleged to be involved in quid pro quos, and use it to his political "advantage."

"Nixon was not able to get away with it," he remarked, with Levin adding that Nixon's predecessors, Lyndon Johnson and John F. Kennedy, were able to act in kind without significant blowback.

Folsom remarked that Roosevelt also used the IRS against opponents, like Pennsylvania banker Andrew Mellon -- who had been the guiding force behind President Calvin Coolidge's tax cuts.

"Roosevelt wanted the high taxes in there -- the high tax rates -- and lifted those tax rates, promoted them to very high rates, ultimately to 94 percent of all your income over [$200,000]," he said, leading Levin to compare such an onerous tax code to the presidential campaign platform of Sen. Bernie Sanders, I-Vt.

Folsom said Roosevelt advocated for more taxes than Sanders has thus far, adding that there was indeed a 94 percent tax on all taxable income over $200,000 at the time Roosevelt died in office in 1945.