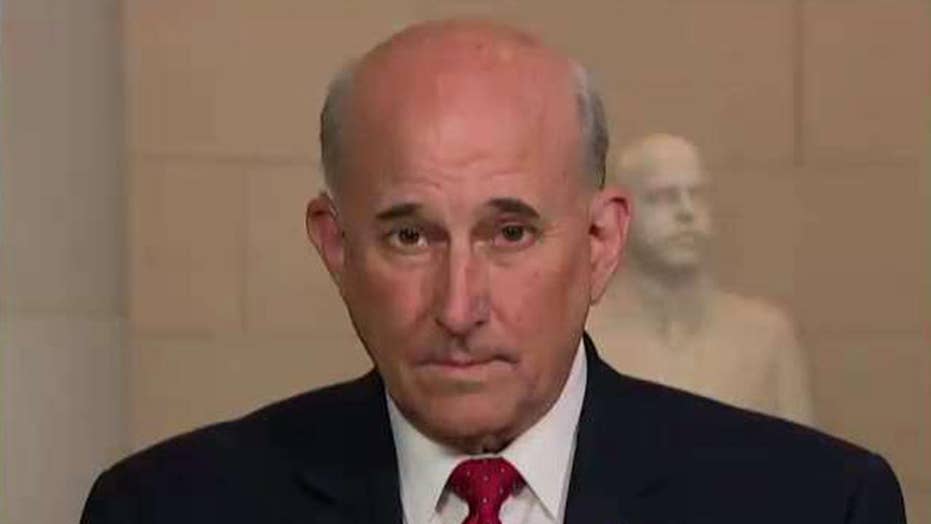 House Judiciary Committee member Louie Gohmert, R-Texas, claimed Democrats are being hypocritical by impeaching President Trump for alleged "obstruction of Congress" while ignoring their presidential front-runner's statement that he will not appear at any Senate impeachment trial.

Gohmert called Thursday's proceedings the latest outrageous event in the "insane" impeachment saga in an interview with Brian Kilmeade on "Tucker Carlson Tonight."

"They've abused power," he said. "Like [George Washington University law professor Jonathan] Turley said, it is Congress that's abusing power, and how ironic that ... Joe Biden would say if he were subpoenaed to the Congress or the Senate, he would defy it, he wouldn't do it."

"That is what this mob is trying to kick out Trump from the White House [for]," he remarked.

In an interview earlier this week, Biden said that he is likely not to comply with any subpoena from the Senate Judiciary Committee if asked to appear during a prospective Trump impeachment trial to testify about his son's dealings in Ukraine while he was vice president.

"No, I'm not going to let you take the eye off the ball here," he said, according to Delaware Online. "Everybody knows what this is about."

Biden called the idea that he testify about Hunter Biden's involvement with natural gas company Burisma Holdings a "Trump gambit."

"No, I will not yield to what everybody is looking for here. No one has ... one scintilla of evidence that I did anything other than do my job for America as well as anybody could have done it," he said.

However, in his interview with Kilmeade, Gohmert said the "silver lining" in the Trump impeachment proceedings is that the "swamp creatures" in Washington have been identified as the process wears on.