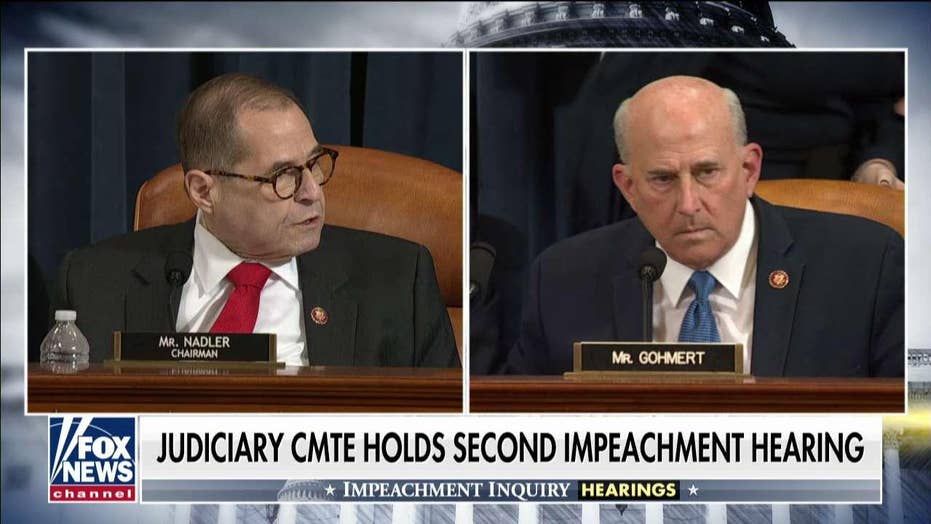 Rep. Louie Gohmert, a member of the House Judiciary Committee, infuriated Chairman Jerrold Nadler during Monday's impeachment hearing into President Trump, after he appeared to suggest a counsel for the Democrats had given money to members of the party in order to serve in a role of both witness and questioner.

Rep. Mike Johnson, R-La., initially interrupted Berke's questioning to make a formal "parliamentary inquiry" to Nadler about what Berke was being allowed to do. 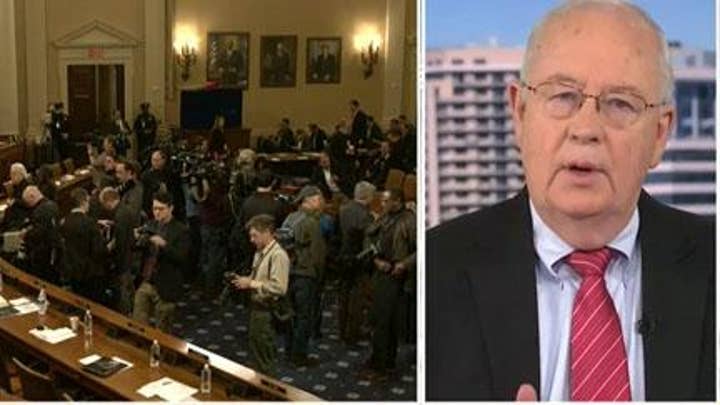 At that point, Gohmert himself interjected and accused Nadler of ignoring committee rules to have Berke ask questions of the other party's counsel and take the witness stand as he had earlier in the day.

"How many other rules are you just going to disregard?" Gohmert asked Nadler.

The Democrat slammed his gavel again and told Gohmert he was not acting "in order."

Gohmert ignored the reprimand and continued with his objection:

"This is not appropriate to have a witness be a questioner of somebody that was a witness when he was. It's just wrong... There is no rule nor precedent for anybody being a witness and then getting to come up and question -- The 'point of order' is [whether Berke] is inappropriate to be up here asking questions," the Republican continued as Nadler repeatedly tried to gavel him down.

Nadler again slammed his gavel, telling Gohmert that Berke was acting in accordance with House Resolution 660 -- the framework of rules for the impeachment hearings that the House passed earlier this year.

In turn, Gohmert argued with Nadler: "How much money do you have to give to get to do th--?" The question incensed the chairman -- who slammed the gavel once more, then turned and scowled at Gohmert.

During the ensuing furious crosstalk, an unidentified Republican member asked Nadler point-blank: "Is Mr. Berke a member of the committee?"

At that point, Johnson spoke up again, telling Nadler that Berke simply was offering his "opinions" rather than "material facts in the report" compiled by House Intelligence Committee Chairman Adam Schiff, D-Calif.

Nadler then leaned back to confer with an aide, then responded to Johnson and Gohmert: "The gentleman (Berke) has been designated by me to do this questioning pursuant to House Resolution 660... it is in accordance in the rules of the House."

Berke then continued with his questioning of Castor.