Levin on Trump raid: 'Who lost track of these classified documents?'

Host of 'Life, Liberty & Levin' Mark Levin gives his take on the search warrant behind the FBI raid of former President Trump's home at Mar-a-Lago on 'The Story.'

Mark Levin, host of "Life, Liberty & Levin" reacted to news of the findings in the search warrant behind the FBI raid on former President Trump's residence at Mar-a-Lago on ‘The Story’ Friday.

MARK LEVIN: Now they have some concerns. Starting in February, they do almost nothing. They're negotiating with the president's lawyers. They're physically in the house, apparently by subpoena. In June, the FBI, they have access to the very same boxes, presumably that they have access to under this search warrant.

They're now leaking information about what they found in terms of classified information. You know, when you have the highest, highest level of secret information – I've had to go through this – You're supposed to track those documents. They have a special cover on them.

Who's lost track of them, the FBI, the CIA? They're so damn important. That's my question. And that's number one. Number two, as Bret, you others have said, between June and August of a two-month period when nothing literally nothing happened.

OPINION: ATTORNEY GENERAL GARLAND SET A FIRE WITH TRUMP RAID AND IS CLUELESS ABOUT HOW TO PUT IT OUT

I don't care if the president's lawyers are raising objections or not. You're just sitting there for two months, and you do nothing. Let me tell you what I think is going on here, Martha. This is a pretext. This is a cover-up. They wanted to get in that house related to January 6. They're collecting additional information they didn't have in June or before June. They get one shot.

They wanted to get into that house – search warrants – so no lawyers are around. The president's not around. Nobody can get in their way, and they can go through everything and anything they want.

If they knew specifically what documents they wanted, then they should have asked for it, and they would have gotten them. There's no way to stop them. 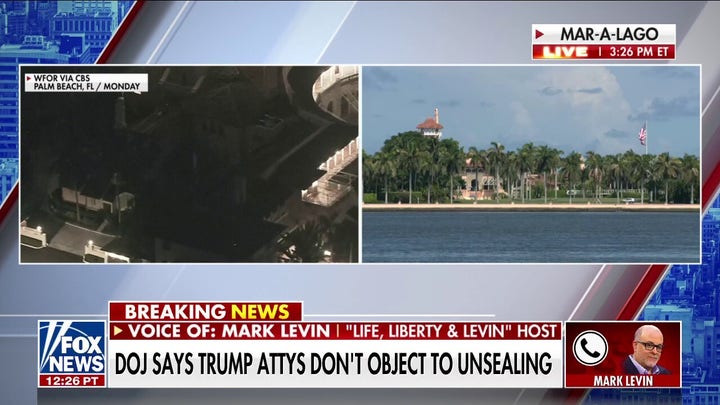