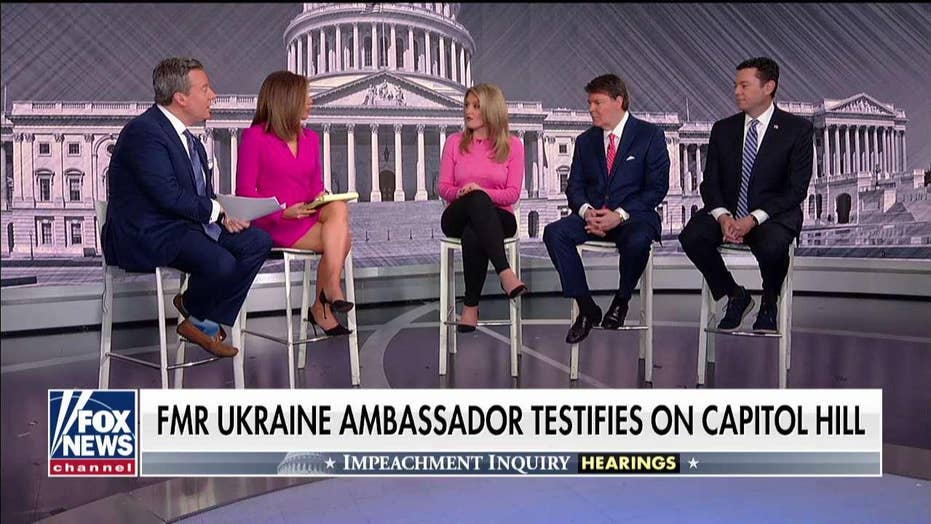 Appearing on "Fox & Friends: Weekend" with hosts Ed Henry and Lisa Boothe on Saturday, Senior Legal Adviser for Trump 2020 Campaign Jenna Ellis Rives said what the American people saw in the impeachment hearings "is that the Democrats actually have zero evidence."

Rives said, "What we have right now is the burden of proof on the Democrats and they can't show it."

The Democrats' probe was initiated after a whistleblower complaint to the intelligence community inspector general about the president's July 25 phone call with Ukrainian President Volodymyr Zelenksy.

Within the last week, Democrats have notably shifted their rhetoric to accusing the president of bribery instead of quid pro quo.

Fox News Legal Analyst Gregg Jarrett said, "Bribery is nothing more than a quid pro quo -- an exchange of benefits. But, if the recipient of the quid is oblivious to the quo, it's a legal impossibility for there to be a quid pro quo."

He said that Democrats are looking for "any excuse, any pretext, to impeach the president" because "they are driven by hatred or bias."

Former Chair of the House Oversight and Reform Committee Jason Chaffetz added that he believes the "evidence is that Donald Trump was much tougher on Russia than Barack Obama was."

He told the hosts the investigation was all "just a charade" the Democrats were perpetuating and that he had wished Republicans had moved to adjourn the hearing after Yovanovitch told Rep. Chris Stewart, a Utah Republican on the House Intelligence Committee, that she could supply the panel with no information regarding criminal activity or bribes that President Trump may have been involved with.

"Do you have any information regarding any criminal activity that the president of the United States has been involved with at all?" asked Stewart.

"It's a complete sham," Rives concluded. "This is just a political maneuver in the court of public opinion to take out a duly elected president."