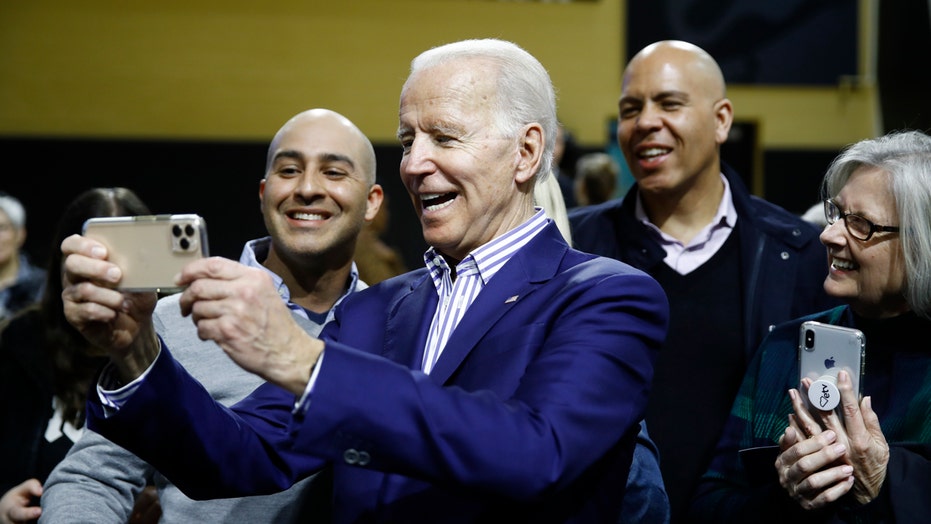 Ingraham: Biden bets it all on South Carolina

Can a South Carolina win really turn the race around for Biden?

The host of on "The Ingraham Angle" wondered if the 77-year-old former vice president had what it takes to energize his "lagging campaign."

"I told you this last night, that those most invested in the Biden blowout tomorrow are the Democrat and the media establishment," Ingraham said.  "They see Sanders as a threat and they hope Biden can, you know, pull out a comeback move and catapult himself and his lagging campaign ahead for the Super Tuesday contests that are coming right down the pike.

"Now, Biden himself thinks a victory tomorrow might wrap up the whole thing for him."

But Ingraham slammed Biden's recent gaffes on the campaign trail, saying it appeared he didn't have the "magic" that helped former President Barack Obama win South Carolina in 2008.

"Barack Obama's upset victory here over Hillary Clinton in 2008 was his springboard to the nomination. But does Biden really have the Obama magic? One word: No," Ingraham said. "Even if Biden does win big tomorrow, he still has major problems."

"Does Biden really have the Obama magic? One word: No."

"A former vice president, two-term vice president, Obama's guy should be just sucking in money. He's broke," Jones said. "That shows a lack of enthusiasm, not just at the grassroots level, where he needed that, but also at the top."

"It's just not adding up" in Biden's favor, she said, asking how the Democratic establishment can deny Bernie Sanders the party's nomination if the "landscape" stays the same.