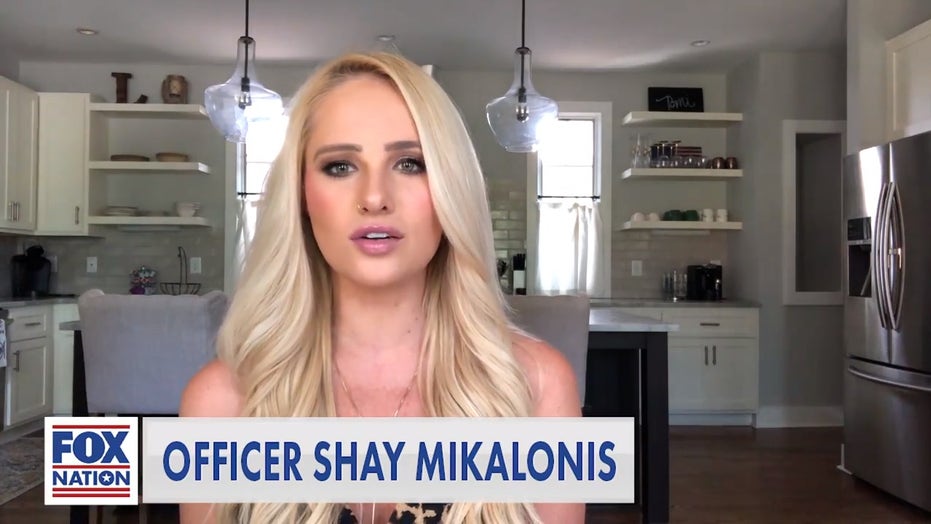 A Las Vegas police officer shot in the head during a June 1 protest is paralyzed from the neck down, on a ventilator and unable to speak, according to his family.

Police said that the 20-year-old shooting suspect was walking amid demonstrators, who were protesting against the death of George Floyd, when police attempted to disperse the crowd.

The suspect allegedly fired a shot at Mikalonis from 50 feet away as the officer was handcuffing an individual.  Mikalonis was struck in the back of the head and immediately collapsed.

"The bullet pierced his spine and then lodged into the right side of his face," recounted Lahren, "He will never be the same. He made that sacrifice just as all our officers do when they put on the badge and uniform and take the oath to serve and protect.

"Shay is just 29 years old and has been on the Las Vegas Metro Police Department for just four years," she continued, "This young man... took a bullet protecting the very protesters out there rallying and organizing against him and his brothers and sisters in blue all across this country.

"I wanted to take this time and these 'Final Thoughts' and your ears and attention to honor Officer Shay Mikalonis," said Lahren.

"All because he chose to stand in the gap and hold that thin blue line for strangers.

"That’s what an officer does and though our officers are being demonized to perhaps the greatest level in our nation’s history right now, I know the silent majority cares for and respects the kind of person that would take that oath and make that sacrifice," she concluded.