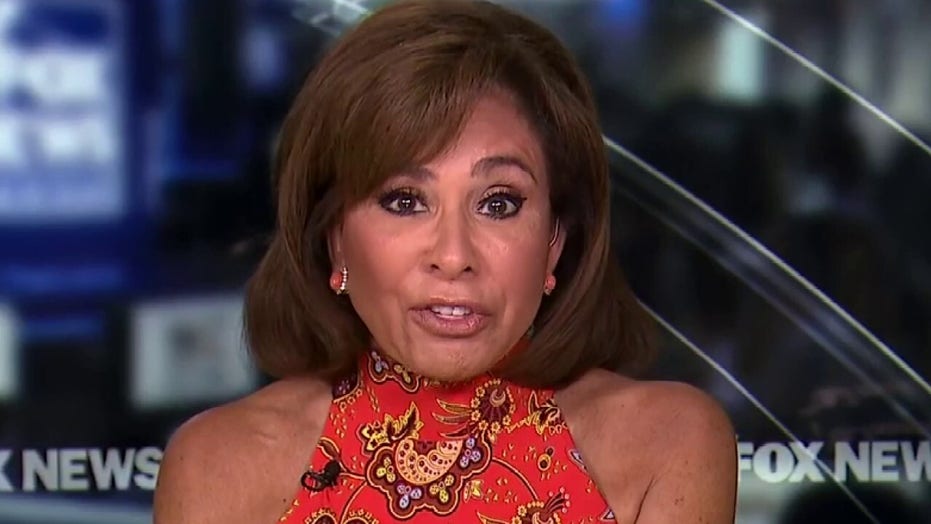 Judge Jeanine: If you want anarchy, get rid of the police funds

Judge Jeanine Pirro on Friday blasted the agitators who caused disruption and rioting during the peaceful protests over George Floyd’s death.

Pirro said the economic lockdowns as a result of the coronavirus pandemic provided the “petri dish” for such mass rioting to occur.

“Most of us are in our homes and afraid to go to church, everybody else is out there rioting, protesting, doing whatever they want to do,” Pirro said.

She also blasted the calls to defund police departments across the nation.

Former Hillary Clinton press secretary Brian Fallon took heat on Thursday for calling to “defund the police” as the nation is gripped with protests and riots against police brutality.

The "defund the police" movement has gained traction by Black Lives Matter activists following the death of George Floyd.

Missouri Republican Sen. Josh Hawley asked Fallon on Twitter if this was now the “official position” of the Democratic Party.

Pirro said that there are technological advances to help track the agitators who intervene in the protests. And she said no good would come of defunding police.

“The end goal of defunding police departments is to create anarchy and chaos,” Pirro said. “If you want anarchy, get rid of the police departments. I’ll tell you what, for someone who spent 30 years in the trenches fighting against evil in this country. We have a civil war every day in terms of crime, in terms of shooting, stabbing, drug deals, domestic violence, child abuse, bank robberies.”