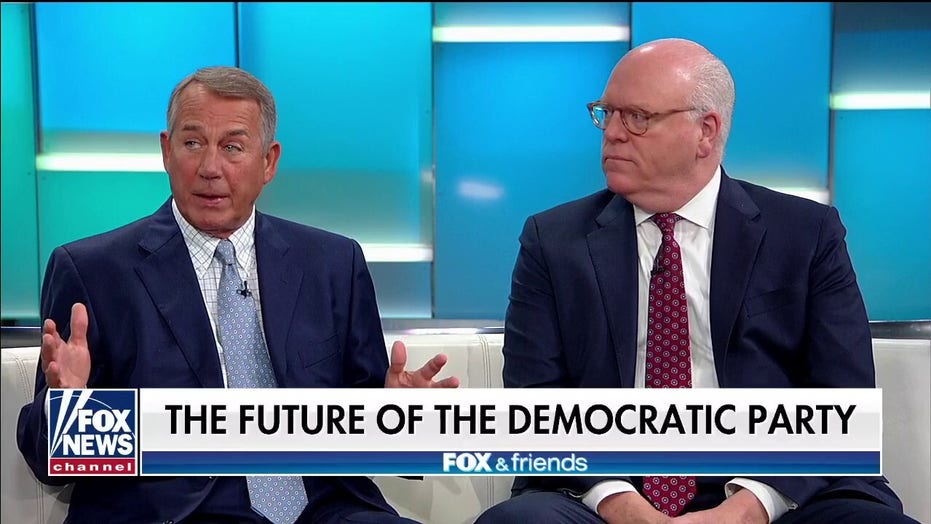 John Boehner and Joe Crowley on the Nevada presidential debate

Former Speaker of the House John Boehner and former Democratic Caucus Chairman Joe Crowley told 'Fox &amp; Friends' they were worried about the nature of the 2020 presidential race.

The Democratic Party has a "serious problem" in the increasing divide between its progressive and practical wings, which will be made apparent in the 2020 presidential election, former Republican House Speaker John Boehner said Thursday.

Appearing on "Fox & Friends" with hosts Steve Doocy, Ainsley Earhardt and Brian Kilmeade, as well as former Democratic caucus chairman Joe Crowley of New York, Boehner said that he was not surprised by the conduct of the Democratic candidates in the ninth presidential debate in Las Vegas on Wednesday.

The Democrats came out swinging and most fists made contact with former three-term New York City mayor and billionaire Michael Bloomberg, who made his debate debut.

Bloomberg has been under fire over the last two weeks despite climbing in the polls. Between his newly unearthed comments on farmers and the controversial stop-and-frisking policing policy and his ongoing Twitter battle with President Trump, voters weren't sure what to expect from the candidate.

But, it was likely not that.

"The mayor hasn't been in the pit like these other candidates have been over the last year or so. And, it's probably about what, eight [or] nine years, since he's been involved actively?" Boehner stated. "So, he wasn't on his game."

"I think they knew going into this debate they were heading into a buzzsaw and they met the buzzsaw head-on," Crowley remarked, although noting that Bloomberg seemed to "rebound" toward the end of the debate.

"I think folks ...are really concerned about the nature of the debate itself," he added. "It got almost like a food fight at one point and I don't think any of us looked very good at that point. But, this is a way to go still." 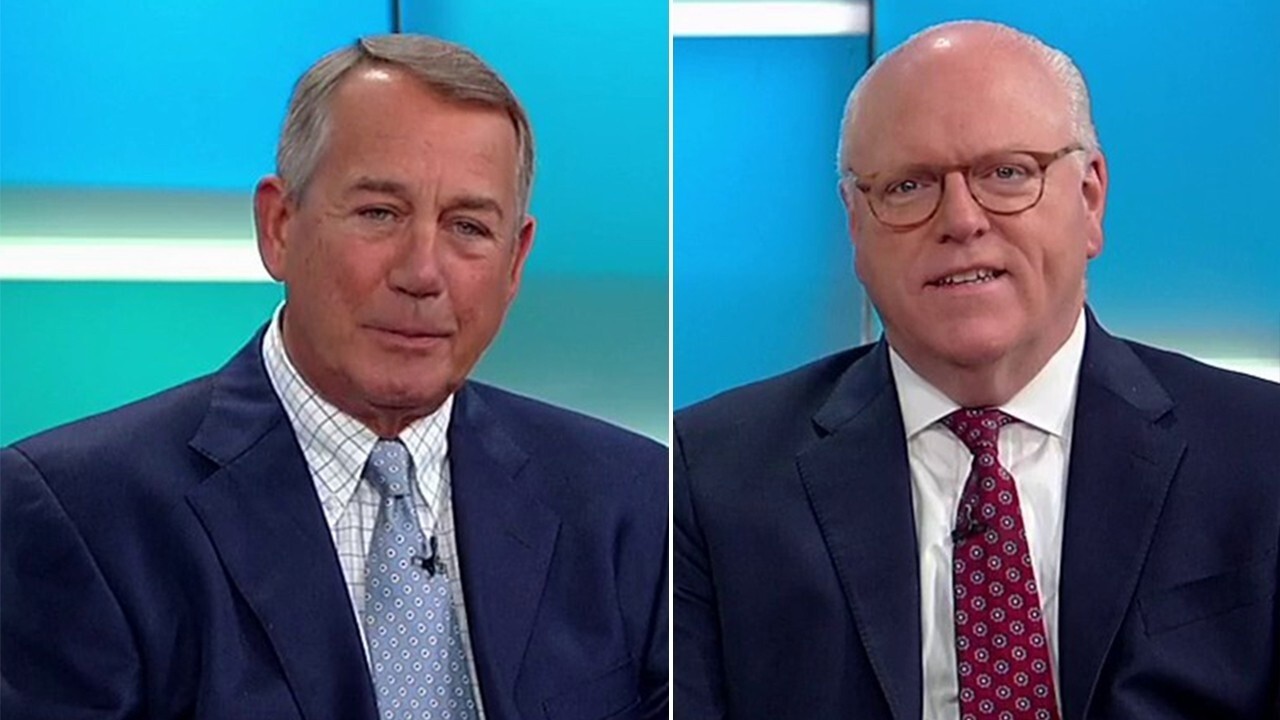 Boehner told the "Friends" couch that the Democratic Party is in serious trouble.

"You've got the whole progressive wing represented by Bernie and Elizabeth Warren and then you've got what I'll call the more practical wing with Mayor Pete and Bloomberg, Biden, Klobuchar ... and this continues to grow," he explained.

"As a matter of fact, Donald Trump won in 2016 because a lot of Bernie supporters did not show up to vote for Hillary Clinton. You're going to have the same problem in this election," he predicted.