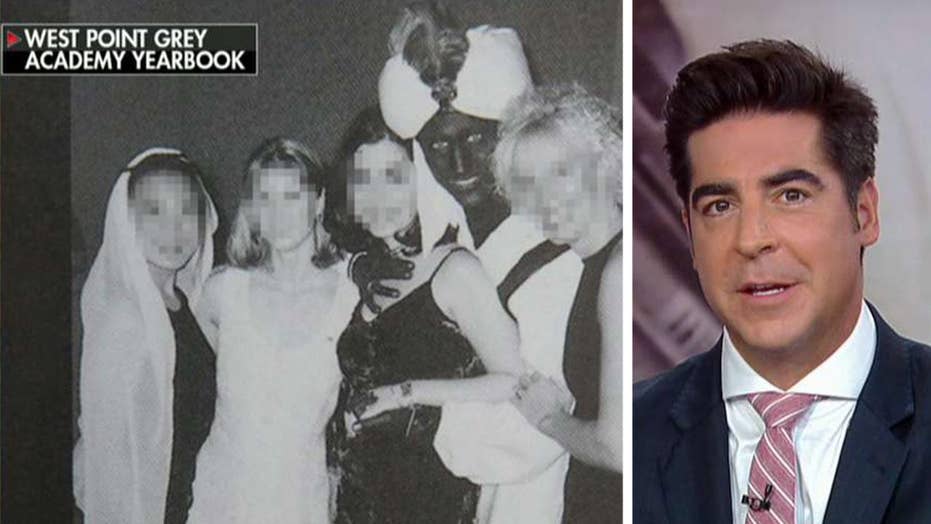 "The Five" weighed in Thursday on the revelation that Canadian Prime Minister Justin Trudeau donned blackface in 2001.

Trudeau apologized Thursday over the growing scandal but stopped short of saying whether there were more pictures or videos of him dressed up in darkened makeup. He blamed the situation on his background saying he comes from a "place of privilege."

"You can have so much privilege, you can have privilege coming out of your eyeballs, and still know that blackface in 2001 is not a good move," co-host Jesse Watters said.

Co-host Jedidiah Bila blasted the Canadian leader, saying he had no excuses for the incident and citing his age. Trudeau was a 29-year-old teacher when the incident occurred. 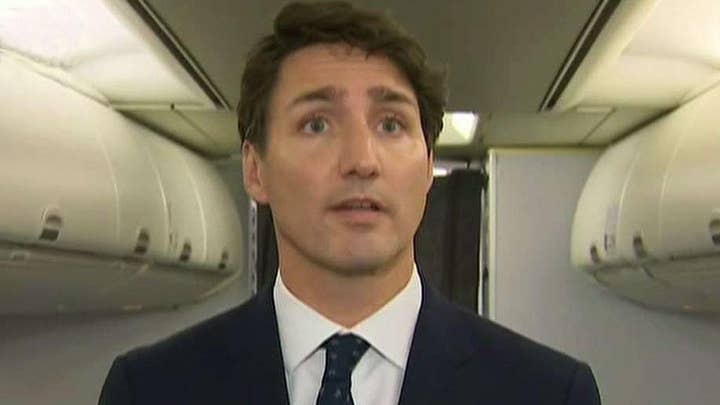 "I think he thinks of himself as Canada's Barack Obama but he's actually Canada's Beto O'Rourke," Bila told her co-hosts. "He sounds completely phony, completely orchestrated. I don't believe anything he says when he talks about his need for diversity and inclusion. I don't believe him when he speaks."

Comedian and co-host Michael Loftus criticized the media, in particular Don Lemon on CNN, for immediately forgiving Trudeau.  He also put forth that President Trump would not get the same benefit of the doubt.

"Trump could come out of a burning building carrying orphans, right, and they'd be like, 'Why did you start the fire and what's with the black on the face Donald?' Loftus joked.