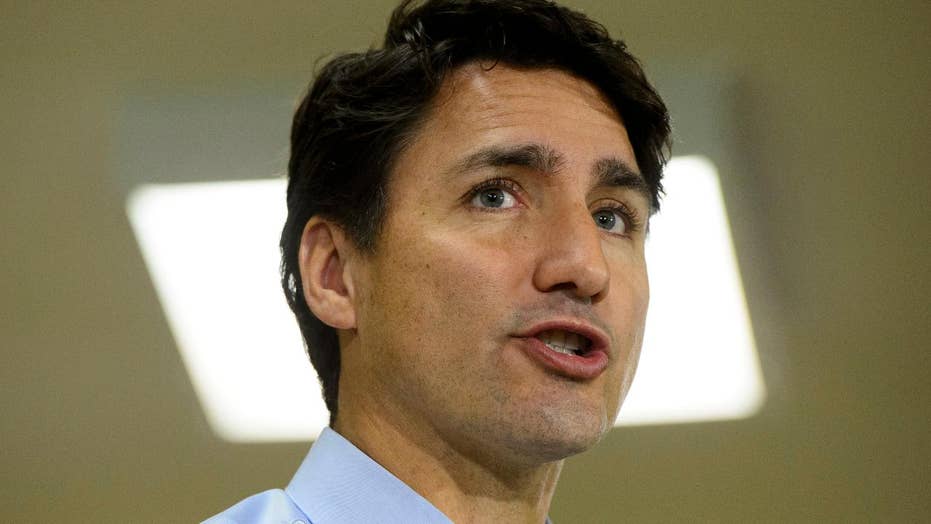 Canadian Prime Minister Justin Trudeau apologized Wednesday night soon after a 2001 photo emerged in a Time magazine report showing him wearing brownface makeup to an “Arabian Nights” party at the private school where he was teaching.

"I should have known better," Trudeau told reporters.

The photo showed Trudeau, then the 29-year-old son of the late former Prime Minister Pierre Trudeau, donning a white turban and robes, one arm around the neck of a woman and the other grabbing her hand. Trudeau’s face, neck and hands have been darkened significantly.

The photograph is from the 2000-01 yearbook of the private day school where Trudeau was teaching, West Point Grey Academy.

Vancouver businessman Michael Adamson gave the photo to Time. He was a member of the West Point Grey Academy community, but he did not attend the party of faculty, staff and students’ parents. He came across the photograph in July and felt it should be made public.

Trudeau admitted to reporters that this was not the only time he had darkened his skin to appear a different race-- he said he also did it once during a high school talent show.

The photo became public just one week after Trudeau launched his reelection campaign vying for a second term. Elections will be held on Oct. 21. It also came a month after Canada’s ethics commissioner accused the PM of pressuring Canada’s former attorney general to stop the criminal prosecution of an engineering firm accused of using bribes to secure government contracts. Two of Trudeau’s most esteemed cabinet ministers left the government over the scandal.

Canadian Prime Minister and Liberal Party leader Justin Trudeau makes a statement in regards to a photo coming to light of himself from 2001, wearing "brownface," during a scrum on his campaign plane in Halifax, Nova Scotia, Wednesday, Sept. 18, 2019. (The Canadian Press via AP)

The prime minister’s office did not return a request for comment, nor did the Liberal Party of Canada. However, the media relations lead for the Liberal Party, Zita Astravas, confirmed to Time it was Trudeau in the photo. “It was a photo taken while he was teaching in Vancouver, at the school’s annual dinner which had a costume theme of ‘Arabian Nights.’ He attended with friends and colleagues dressed as a character from Aladdin,” said Astravas. Astravas said Trudeau will address the photo to reporters Wednesday evening.

Trudeau has been criticized on cultural appropriation counts before, such as in 2018 when he and his family wore elaborate Indian traditional dress while on a trip to India, according to the BBC.