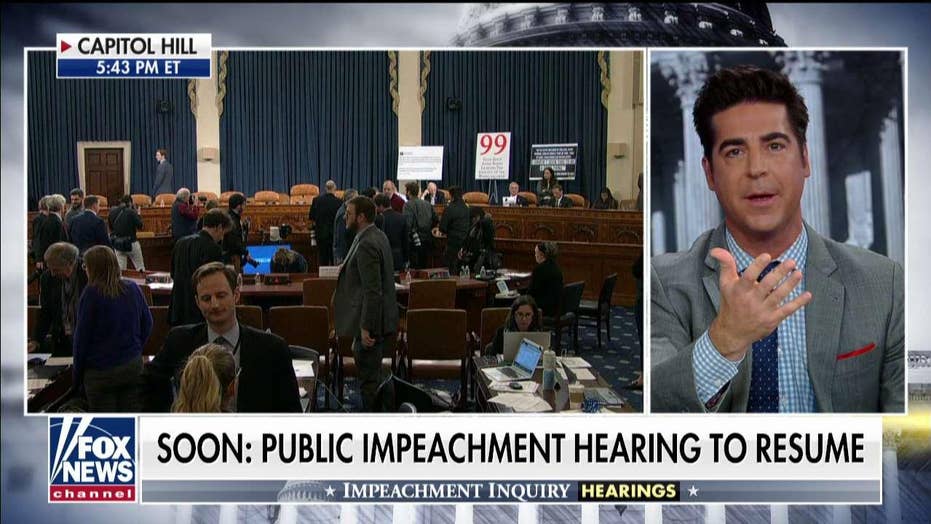 During a break in the testimony, Watters said on "The Five" that statements by diplomat Kurt Volker and senior National Security Council official Tim Morrison seem more like morning television than a serious investigation as to whether the president committed a high crime or misdemeanor.

"It's a bunch of cliques of people talking about their feelings," he said. "They have opinions. They have concerns."

"They asked straight up -- was there a bribe? No. Did anybody ask you to bribe anybody? No. Was there extortion? No." 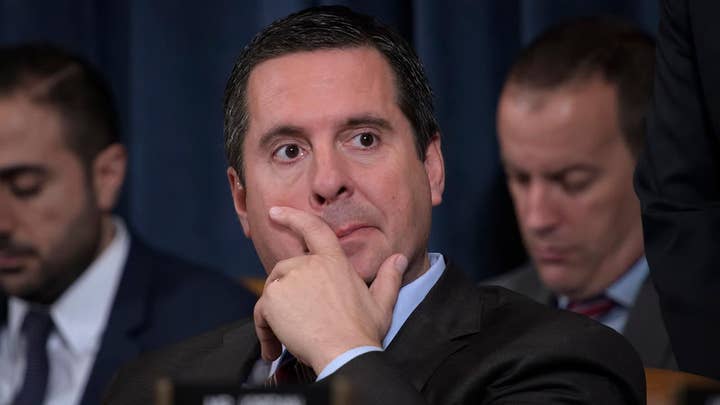 The "Watters' World" host added he further understood why Schiff, the chairman of the House Intelligence Committee, had scheduled the witnesses in the order he had.

"He leads with the... smaller bureaucrats who didn't know anything, weren't involved in anything, who complained about everything," Watters said.

Then, when people like Volker, Morrison and Lt. Col. Alexander Vindman testify about President Trump's call with Ukranian President Volodymyr Zelensky later on, "all of the big dogs say it wasn't a problem."

"That's how you know this thing's rigged."