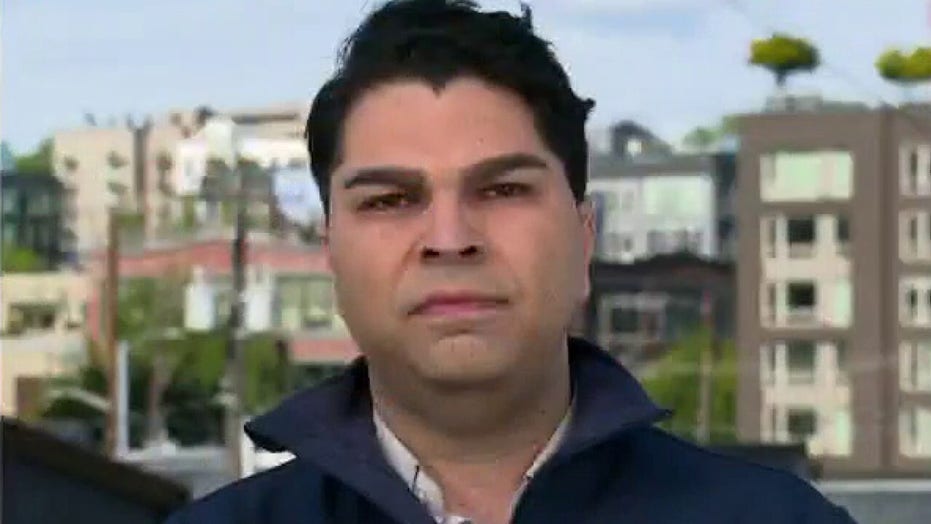 Seattle-area radio show host Jason Rantz told "Tucker Carlson Tonight" Thursday that similar occupations to the one taking place in the city's Capitol Hill neighborhood could happen in cities across the U.S. if the authorities allow it.

"Right now, it's too violent for us to go in," Rantz said of the so-called "Capitol Hill Autonomous Zone." "It's a little bit too scary for us to go in, because when you go in and you have a different opinion than what they would like to be seen on video, they end up harassing you and they assault you."

Seattle police left the boarded-up East Precinct building Monday night as a crowd of protesters set up barricades in the surrounding area, declaring it a “cop-free zone.”

"I've never been more embarrassed for the city before. Mayor Jenny Durkan earlier today essentially said that what we see is happening isn't really happening, "Rantz told Carlson. "That despite the fact that they had to board up all of the windows and the doors to the East Precinct before removing all of their expensive equipment and all of their evidence and everything that they had there, then put a fence around it, they said they weren't actually abandoning the building.

"Meanwhile, there is not a cop in sight," Rantz added. "The cops are told not to come here. And that, of course, is due to the violence that we're told isn't any actual violence. It's peaceful protesters."

The radio host closed by warning of the potential ramifications of the Seattle occupation for the rest of America's cities.

"We have ceded this land to these individuals. And the implications of that cannot be understated," he said. "If folks think right now that -- maybe they live in Los Angeles, in New York -- 'Oh, it's not going to happen here.' Yeah, it's going to happen there. We're allowing it to happen here. We're not getting involved at all. We're pretending it doesn't exist."