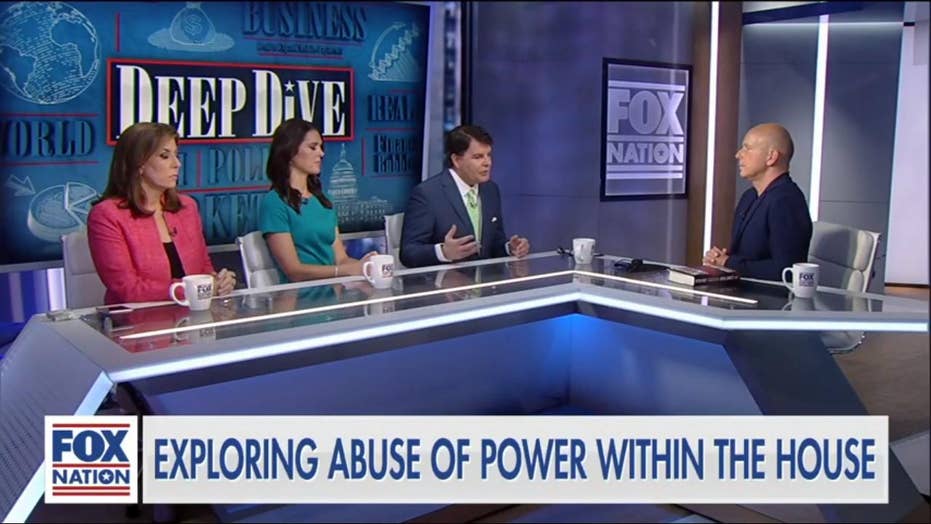 On Fox Nation’s “Deep Dive,” Fox News legal analyst Gregg Jarrett warned that Democrats are pursuing an impeachment process that the authors of the U.S. Constitution would have opposed. As evidence, Jarrett pointed to the man that House Speaker Nancy Pelosi D-Calif., has empowered to lead the inquiry.

“Nancy Pelosi knows this,” said Jarrett. “In January of this year, she said we cannot impeach for political reasons and now she is doing precisely that.  And the person that she has handled the gavel to, Adam Schiff, has a long and distinguished record of not just hatred of President Trump but lies and deceptions and false claims.”

“This is exactly what the framers feared: that an opposing party would seek to remove a president under impeachment for purely, political, partisan reasons or personal animus,” Jarrett argued.

On Friday, The Washington Post awarded House Intelligence Committee Chairman Schiff “Four Pinocchios” for misleading the media over his advanced knowledge of a whistleblower’s concerns regarding the now-infamous phone call between President Trump and Ukrainian President Volodymyr Zelensky.

Jarrett said he listed a litany of instances raising concerns over Schiff’s integrity in his new book, “Witch Hunt: The Story of the Greatest Mass Delusion in American Political History.”

“[Schiff] pretended he had information he never had, he lied about Carter Page, he lied about the dossier, he lied about saying he had evidence of collusion with President Trump and Russia… He is absolutely the worst person to be presiding over this and if Democrats were serious about impeachment Pelosi would dump Adam Schiff,” he said.

Watkins said the Congressional probe is “just scratching the surface... as far as the involvement and level of involvement of people in this administration" in an alleged plot to force the Ukrainian government to investigate former Vice President Joe Biden and his son Hunter's involvement in a Ukranian natural gas company.

Fox News Political Contributor Tammy Bruce said that Democrats may have reason to demand an investigation of the president, but she believes that the process that they are carrying out is fatally flawed. 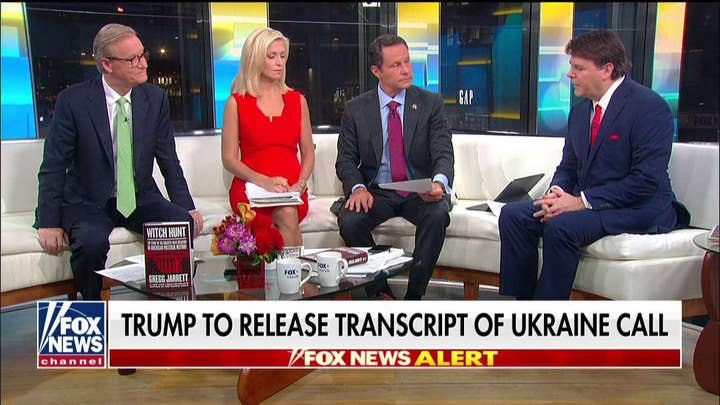 “It is now a classic ‘star chamber,''' said Bruce, referring to the 15th century English court characterized by secrecy and lack of due process. "It is a classic framework where the accused doesn’t get to know about their accusers. Their defense does not get to speak up."

Bruce continued, “[Democrats] could hold the vote today without any investigation and everyone would vote ‘yes.’  It would be like getting the jury together and then going in and saying ‘We don’t need to have the trial. What do you think about this guy?’  That is what has been set up – that I think all of us would agree is inappropriate."

A senior member of the House Democratic Caucus told Fox News on Sunday that while leadership hasn't counted votes to "impeach," they believed that there are 217 votes needed to pass articles of impeachment against President Trump stemming from his Ukraine call -- even before their planned hearings or a formal investigation.

Jarrett concluded, “This is Queen Nancy Pelosi ‘Off with his head – trial to be had later.’ This is anathema to the democratic process -- to our constitutional democracy.”

To watch all of "Deep Dive", visit Fox Nation and join today.

Leland Vittert contributed to this report.