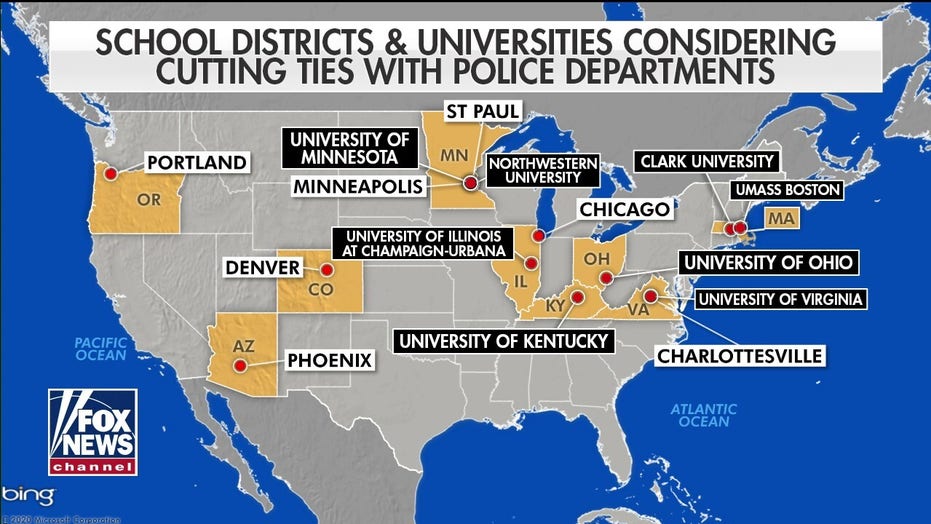 Former NFL player Jack Brewer said on Sunday that calls to defund law enforcement across the nation, including a Minneapolis Board of Education's decision to terminate its contract with the police department, is “un-American.”

The public schools' leadership made the decision following the death of George Floyd,
the Minneapolis black man who died in police custody May 25 after a white officer kneeled on his neck for more than 8 minutes in a moment caught on video that has sparked protests and riots throughout the country.

“It’s sad to see that because you look back at all the great things that law enforcement has done for our country and we can’t take a few instances and just blame all law enforcement across the board; It’s not right -- particularly in these schools,” Brewer told “Fox & Friends Weekend.”

Brewer said that there are improvements that need to be made in the police department “across America.”

“When you talk about giving kids so many offenses and putting arrest records on them so early. Some of those things I disagree with.”

Brewer said that he works for a public school district to help kids not get offenses at the age of 9 and up.

“You can do those types of things without ending police departments. I just think the rhetoric has gone too far,” Brewer said.

The Minneapolis Public Schools Board of Education voted Tuesday to terminate its contract with the police department following the death of Floyd on May 25.

The Minneapolis Police Department has reportedly worked with the school system for decades.

The decision by the school board comes the same day the Minnesota Department of Human Rights (MDHR) announced they would be launching an investigation into “systemic discriminatory practices toward people of color” in the MDP.

Brewer said that he was in Parkland, Fla., during the school shooting there that resulted in 17 deaths.

“Can you imagine if you had no police force and no ability to detain individuals in these scenarios? We have to be real as a nation and we know that we have evilness and sinful and we have people who just lose their mind and just kill masses of people,”

Brewer went on to say, “To start talking about getting rid of the police, you’re asking for a lawless nation.”