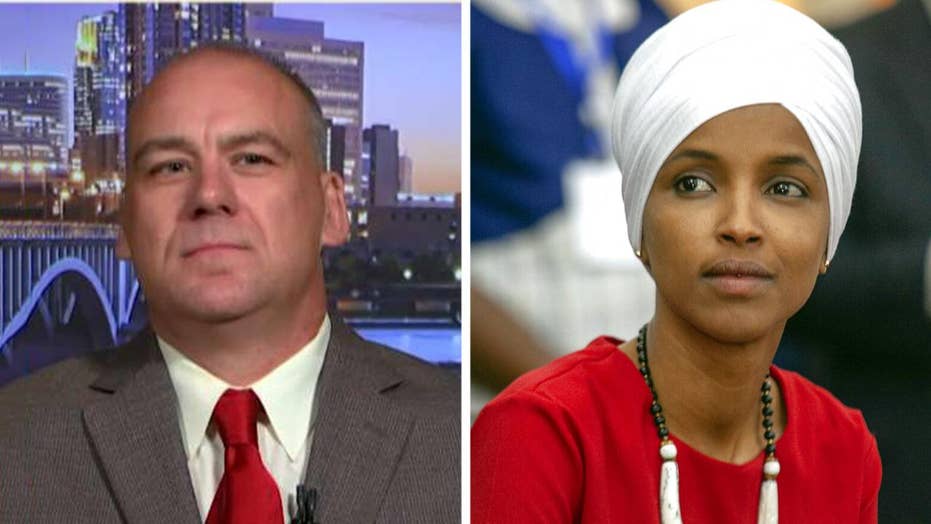 US Army and police department veteran challenges Rep. Ilhan Omar for her seat in Congress

The Minnesota police officer and U.S. Army veteran set to challenge Rep. Ilhan Omar for her congressional seat in 2020 told "Fox & Friends" Friday what made him throw his hat in the ring.

Chris Kelley, who will run as an independent, told FoxNews.com earlier this week that he decided to take on Omar after the Somali-born freshman lawmaker said “some people did something" when referring to the 9/11 attackers.

Kelley, who served in Operation Desert Storm and deployed twice during the Iraq War as an intelligence analyst, told "Fox & Friends" Friday that the comments were "very dismissive and disrespectful" in his view.

"Look, three-thousand Americans died and many more first responders died [after] responding to this. ... I figured you can complain or you can try and do something," he said. 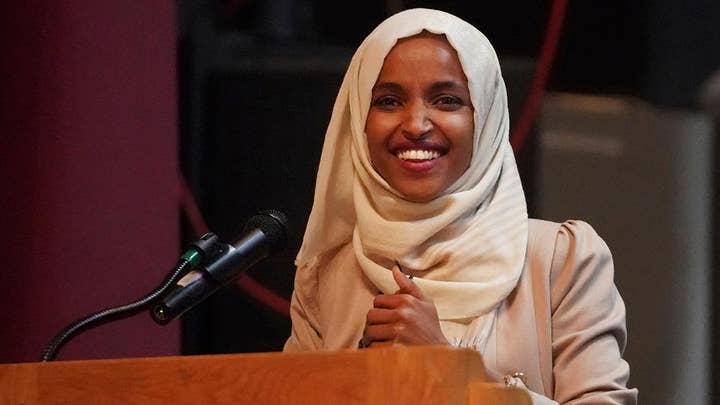 Kelley said it's a heavily-Democratic area, but he believes there are many "disaffected" voters who can be pulled away from Omar. He said Omar seems more interested in her own "celebrity" rather than helping the people of the Minneapolis-area district.

"She's campaigning everywhere else, raising money in California, now she's overseas but she's not in the district and people are noticing. Many people have said to me, 'what is she doing for us?'" he said.

Omar posted a photo Thursday alongside House Speaker Nancy Pelosi from Ghana, where the two are traveling as part of larger congressional delegation.

"They said “send her back” but Speaker @SpeakerPelosi didn’t just make arrangements to send me back, she went back with me," Omar wrote, referring to a North Carolina Trump rally where the crowd chanted "send her back" after the president criticized the congresswoman.

Kelley said there are problems with "drug use, homelessness and terrorism recruitment" in the district that he intends to address if elected to Congress.