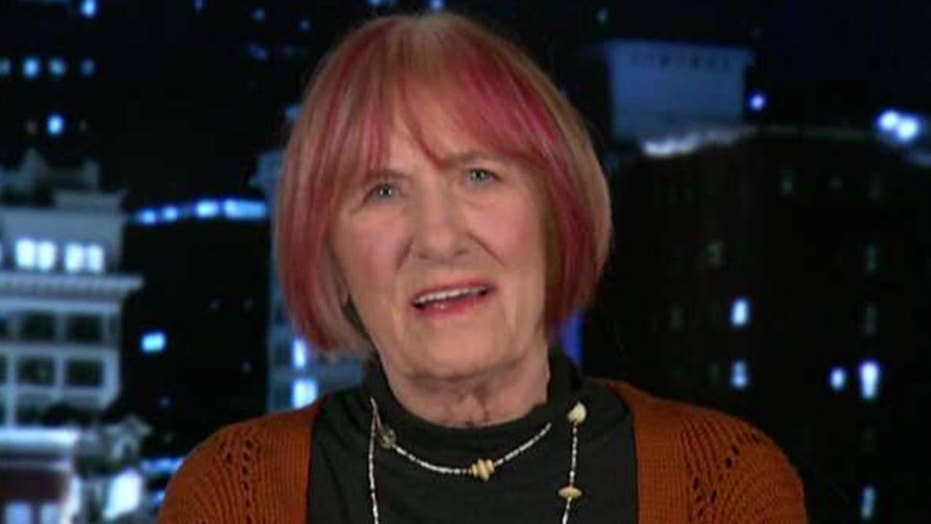 Mother of Benghazi victim hits back at Yovanovitch's claim

Patricia Smith, mother of one of the four Americans killed during consulate attack, speaks out against 'we are the Benghazi victims' comment.

The mother of one of the four Americans killed in the 2012 Benghazi attacks slammed former U.S. Ambassador to Ukraine Marie Yovanovitch on Friday, accusing the former diplomat of exploiting her son’s death during a public House impeachment hearing against President Trump.

Patricia Smith -- mother of Sean Smith, a U.S. Foreign Service employee working in Libya -- weighed in on Yovanovitch during an appearance on Fox News' "The Ingraham Angle."

During testimony Friday, Yovanovitch -- who was ousted from the Trump administration after leading anti-corruption efforts in Ukraine -- had grouped herself in the same category as other American diplomats who lost their lives on the job.

"He's dead. He's dead, and they don't care," a visibly emotional Smith said of her son’s death. "And now she's worried — I can't talk very well right now. I'm quite upset about this. I don't know why people keep bringing Benghazi into this. She had nothing to do with Benghazi."

"I don't know why people keep bringing Benghazi into this. She had nothing to do with Benghazi."

Information officer Sean Smith, along with U.S. Ambassador Chris Stevens, Ty Woods and Glen Doherty were the four Americans killed during a coordinated terror attack against a U.S. government building in Benghazi, Libya on Sept. 11-12, 2012.

During a public House impeachment hearing on Friday, Yovanovitch named the four killed in an apparent attempt to show solidarity with other American diplomats who risk their lives in State Department assignments around the globe.

“We are the 52 Americans who 40 years ago this month began 444 days of deprivation, torture and captivity in Tehran, we are the dozens of Americans stationed at out embassy in Cuba and consulates in China who mysteriously and dangerously … were injured attacked,” Yovanovitch said.

“We are Chris Stevens, Sean Patrick Smith, Ty Woods, and Glen Doherty,” she continued. “Who people rightly called heroes for their ultimate sacrifice to this nation’s foreign policy interests in Libya eight years ago. We honor these individuals."

"Because you served your country in Ukraine doesn't mean that you can kind of compare yourself to the heroes at Benghazi,” Ingraham said.

"Because you served your country in Ukraine doesn't mean that you can kind of compare yourself to the heroes at Benghazi.”

Smith previously appeared on Fox News in 2015 to react to Hillary Clinton’s testimony before a House committee over her response to the Benghazi attack. 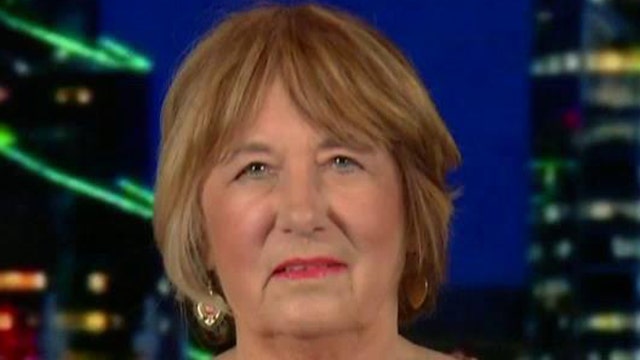 “It took 13 hours for all this to go down in Benghazi and, during that time, I would think that somebody could be sent to help when they knew it was happening. My understanding was that they sent an unarmed drone in there and they were watching it happen and they still didn’t do anything. And by they, I mean Clinton,” Smith told Fox News.

Clinton, as secretary of state in the Obama administration, initially said the Benghazi building was attacked by an angry mob reacting to a video, created in the U.S, that mocked Islam and the Prophet Mohammed. It was later determined the attack was an act of terror organized by the Islamic militant group Ansar al-Shari.