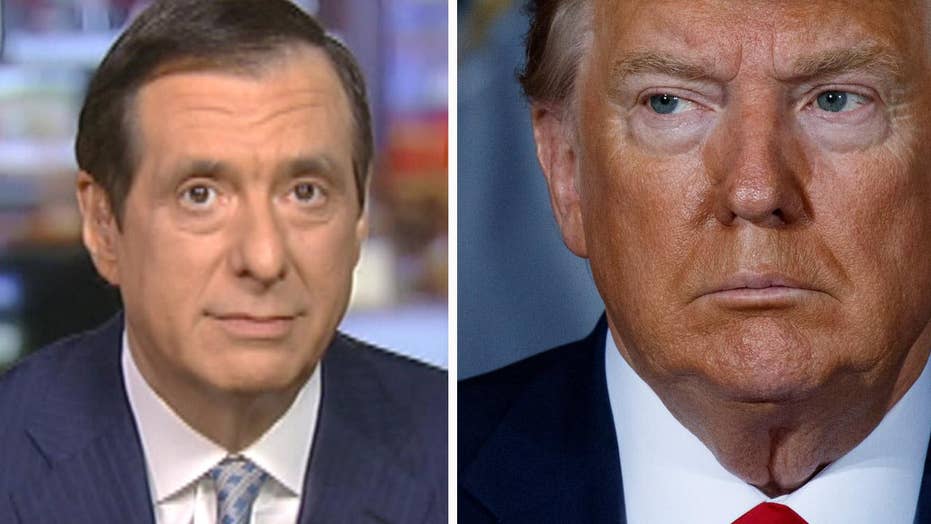 Howard Kurtz: Trump call to Ukraine is troublesome, but does it justify impeachment?

'MediaBuzz' host Howard Kurtz weighs in on the released transcript of the phone call between President Trump and the Ukraine president and how it mostly corroborates the mainstream media reporting.

Nancy Pelosi’s giant step toward impeachment, which she resisted for so long, may well backfire against the Democrats.

But by any fair analysis, the transcript released yesterday of President Trump’s call with the Ukraine leader did not help his cause.

This is not a partisan observation, as I’ve repeatedly said and written that the media coverage of Trump is relentlessly negative and often unfair. And as I noted yesterday, the press has so badly overhyped so many Trump controversies, large and small, that there is a collective numbness to the latest cries of scandal.

But now that we have the transcript of the July call, it’s clear that the Wall Street Journal and Washington Post reports were largely accurate. It was not, as the president said yesterday, a “nothing call.”

That doesn’t mean it rises to the level of an impeachable offense. It doesn’t mean there aren’t legitimate questions about Joe Biden’s intervention in Ukraine while his son was making big bucks from a gas giant.

But if you flipped the script—if Barack Obama had asked Ukraine in 2011 to help investigate one of Mitt Romney’s sons—Republicans would have gone nuclear.

One thing we learned from the transcript is that Trump brought up a company with Ukrainian ties that is said to have been involved in the hacking of Democratic emails during the last campaign.

This came right after Volodymyr Zelensky was talking about military aid, saying “we are almost ready to buy more Javelins from the United States for defense purposes.”

Crowdstrike is the company supposedly tied to the 2016 hacking.

Zelensky is friendly throughout, promising cooperation, and was the first to bring up Rudy Giuliani.

Then Trump played the Biden card and referenced the former vice president pressuring Ukraine to fire a prosecutor who had what was apparently an inactive case against the Ukrainian gas giant that was paying Hunter Biden big bucks.

“I heard you had a prosecutor who was very good and he was shut down and that's really unfair…Mr. Giuliani is a highly respected man. He was the mayor of New York City, a great mayor, and I would like him to call you. I will ask him to call you along with the attorney general. Rudy very much knows what's happening and he is a very capable guy. If you could speak to him that would be great…

So in just one week, we have confirmation that Trump did ask Zelensky to investigate his political rival, which would obviously help the president’s reelection prospects.

But was there pressure? A quid pro quo? Trump did not specifically bring up military aid, but then, he didn’t have to. Zelensky was acutely aware that the White House—the president did it personally—had held up $391 million in appropriated payments to his country.

“All they’re talking about is nonsense,” Trump said at the U.N. yesterday, adding: “It’s all fake stuff the media makes up with the Democrats, their partners, they’re one and the same, they’re partners.”

And Zelensky, at a televised meeting, said he never felt pressured by Trump.

As the pundits parse the call, this is ultimately not a legal question. High crimes and misdemeanors is whatever a majority of the House says it is.

Pelosi may come to regret unleashing these forces, since polls show that impeachment remains unpopular with a majority of the country.