Bailey complained to "Outnumbered Overtime" host Melissa Francis that his state is "hindered with failed leadership."

"So, here is the case. Governor Pritzker had the right to come out and issue an emergency proclamation, which he did," Bailey began. "And then, that gave him 30 days of emergency orders. Those emergency orders expired on April 9th.

"Now, during that time, several things can take place. The General Assembly can come in and try to work something out, they can give him more power, [and] do many things," he explained. "But, guess what? We have a plan already in place in the state of Illinois. It is a pandemic plan that allows and calls for the local county health department to be making these rules.

"And, if a local county health department comes in and deems [it fit] to quarantine someone [or]  deems [it fit] to shut down a business, guess what?" Bailey continued. "Our constitutional rights allow that person, that business, within 48 hours to be in front of a judge to contest the decision."

"Our rights are being trampled," he exclaimed. "The law is not being upheld and that's our problem."

Earlier this week, a southern Illinois judge granted Bailey a restraining order personally exempting him from Pritzker's "stay-at-home" orders. However, Bailey has since sought to have the order vacated so he can file an amended lawsuit against the governor. 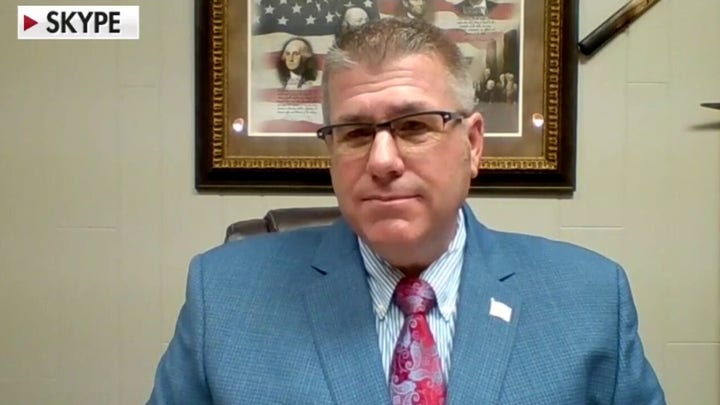 Pritzker said earlier this week that his administration is working to fast-track the controversial case to the state Supreme Court. He previously called Bailey's lawsuit "a cheap political stunt designed so that the representative can see his name in headlines."

"We are not saying go out and open business as usual," Bailey said Friday. "We are saying respect the law, let the local government determine and deem what is necessary for the people in that locality. That's all we are asking."

"Where do you think this goes from here?" asked Francis. "How does it get resolved?"

"I think it gets resolved by the people standing up and speaking out,' Bailey replied. "I didn't know myself. From day one, I questioned his authority and then I realized, 'Yeah, okay, he's got 30 days.' But then, the 30 days came and went and nobody did anything. And then I realized, 'Okay, there was a law passed in the 70s that limited his power to 30 days.' And, that's when I began to realize, 'Woah, something's not right here.' Because for one person to stand and continue to issue new edicts -- like I said, we've seen that in our history books many times.

"The American people, the Illinois voters have got to stand up and start speaking up."