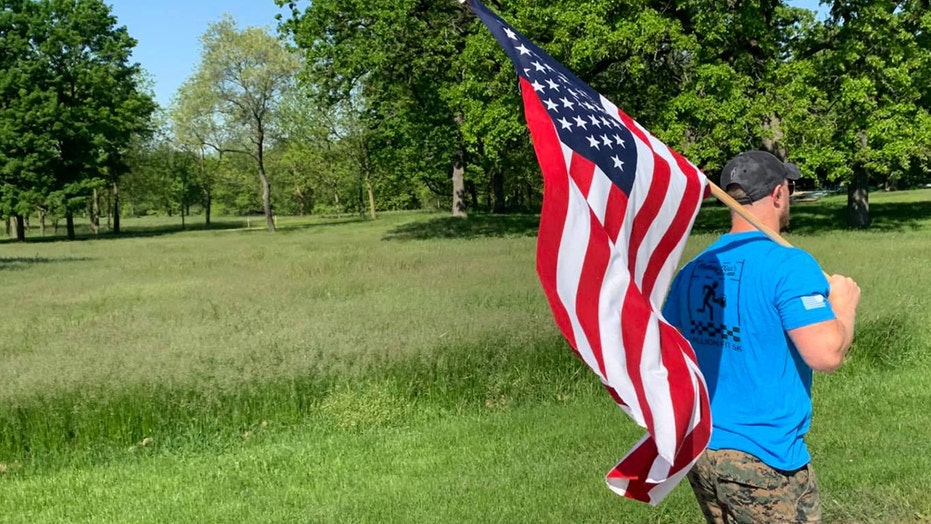 Mark Palmieri always has an American flag with him when he runs, hoping to be a ‘beacon of light and hope’ for veterans and Americans across the country.

Some would argue that the weight of the world is on Mark Palmieri’s shoulders when he takes his daily runs carrying an American flag, but the 36-year-old personal trainer from Illinois says it’s an honor to carry it.

“By running with the flag, you can get out there and just be a beacon of positive activity, a beacon of hope and light for, you know, a lot of people who are just getting beat down right now,” Palmieri told Fox News.

Palmieri never served in the armed forces but after watching his best friend struggle when he returned home from active duty, he knew he wanted to do something to help all veterans. So, he, along with a team of veterans, established the Three Rangers Foundation, a nonprofit organization that provides support for veterans and assists them in their transition back to civilian life.

Seeing that fitness is a great way to center yourself, and after running in an event with an American flag, he decided he was going to make it a part of his daily routine, running at times three to five miles with the patriotic symbol. Palmieri said he doesn’t run with the flag for any political reason. He just wants to show appreciation and support for the veterans who come home and for those who have died for this country.