People who interfere with the mental health treatment of the homeless are 'murderers,' says Dr. Drew Pinsky

People who don't recognize America's homelessness crisis as a mental health problem and get in the way of providing proper treatment are murderers, Dr. Drew Pinsky said Monday on "Fox & Friends."

"Whenever you have ideology grab people in a professional or leadership position --  this is the exact same thing that's happening with homelessness," he said.

"The ideology is -- this is a housing crisis. Period. End of story. It's income inequality. [But] it's not. It is a mental health crisis," Pinsky continued. "If you don't wake up from that theological fog, more people are going to die. Three people die on the streets every day in Los Angeles county. Three every day, and people who get in the way of treating those people are murderers. They are, and I'm sick of it."

Pinsky also discussed New York City's "Special one-time assistance program" to help curb the homelessness crisis and how it's spent $89 million on rent for people since 2017, and shipped over 12,000 out of New York State. 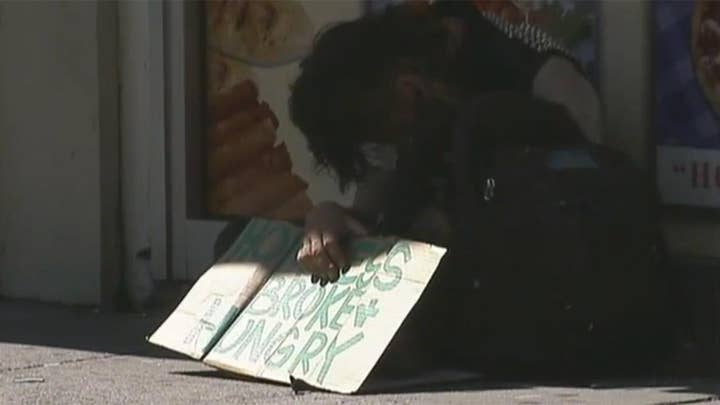 "These are all progressive illnesses that you see on every street in this country.... and they end in demise.  Awful," Pinsky added.

He said the majority of homelessness cases revolve around substance abuse and the decimation of the mental health care system in the 1960s.

"A big majority are drug and alcohol. It's the last chapter of our opioid crisis, playing out in our streets. Lots of mental health issues. We started this back in the 1960s, which was eviscerating the state mental health system," Pinsky said.