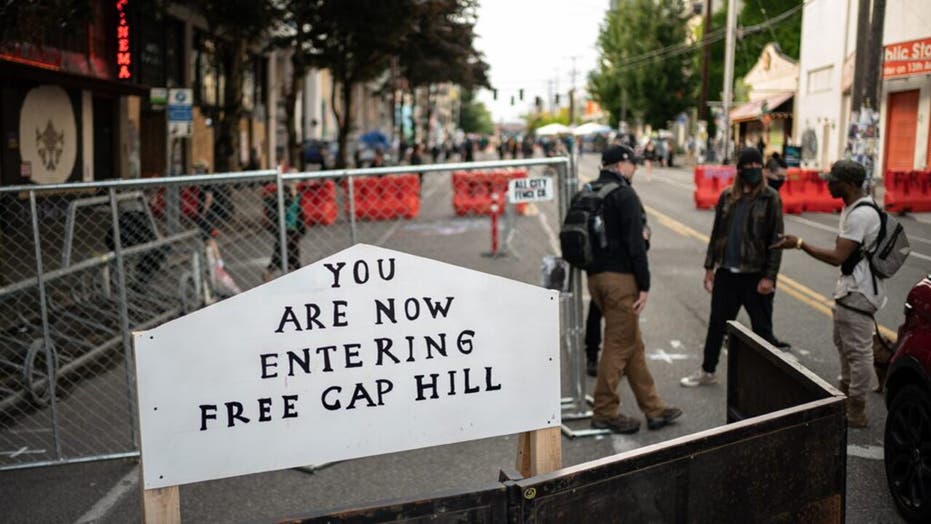 There are many questions surrounding what will happen with the “autonomous zone” now called Capitol Hill Organized Protest (CHOP) established in downtown Seattle. Fox News spoke to Michael Withey, a human rights lawyer and longtime Seattle activist, about CHOP’s purpose and how it has developed over the past week.

Withey has been at the forefront of all major Seattle protests since the ’70s, including the 1999 WTO protest, the 1972 Beacon Hill school occupation and more. A few days ago he was given approval by the CHOP General Assembly to set up CHOP legal, a table within the zone where he can advise protesters on their legal rights.

“I talked to the General Assembly, we met and got the approval to get a CHOP legal table set up in the area. We're trying to recapture the soul of America. And I think it's important because we're creating institutions of popular power. Like, for instance, the CHOP Legal, like the General Assemblies. We have breakout groups every day that are discussing how do we want to go about educating our youth,” he said.

While there are many conflicting messages going around about what exactly the purpose of this six-block, closed off, police-free zone is, Withey clears up any confusion about the group’s mission.

“We think a new regime should be established, which is based upon the fundamental principles of human rights, of racial and social justice. And that would include the idea that once we, let's call it, reconstitute the police, there'll be no more need for the militarization, will be no more need for the police guild that has acted as a brake on any reforms in the city for a long time. Rather, community service officers from the community will be able to keep order.”

Until their demands are met, CHOP is there to stay, Withey said. And if President Trump sends in the National Guard to restore order? Withey says, “We’re ready for him.”