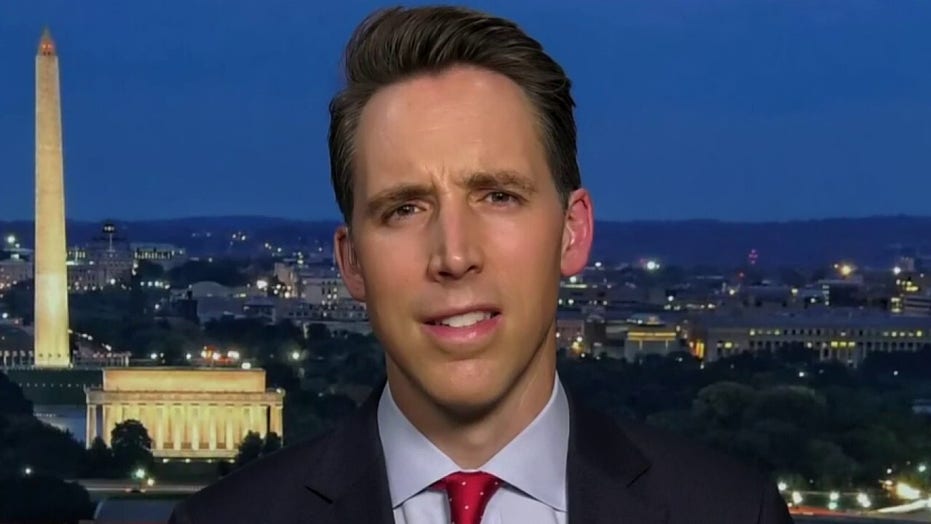 Sen. Hawley slams Rod Rosenstein's oversight of Russia probe: At best he was asleep at the switch

Rosenstein testified before the Judiciary Committee Wednesday that he would not have signed off on a Foreign Intelligence Surveillance Act (FISA) warrant renewal request to monitor former Trump campaign aide Carter Page had he known about since-revealed "significant errors" in the application.

"I think that Rod Rosenstein admitted that he signed this warrant to a secret court, the FISA court, for a wiretap, and he admitted that he didn't even read the warrant application," Hawley told host Martha MacCallum. "This was a warrant involving the president of the United States, an ongoing investigation of the president of the United States and he didn't even read it ...

"He acted like he wasn't responsible and, you know, that it was somebody else's responsibility to verify these facts. He, they misled the court so badly, Martha, that the court on its own issued a statement that said that, 'We can't trust anything that the FBI gives us in any other case because we have been so badly lied to.' Somebody has to be responsible here." 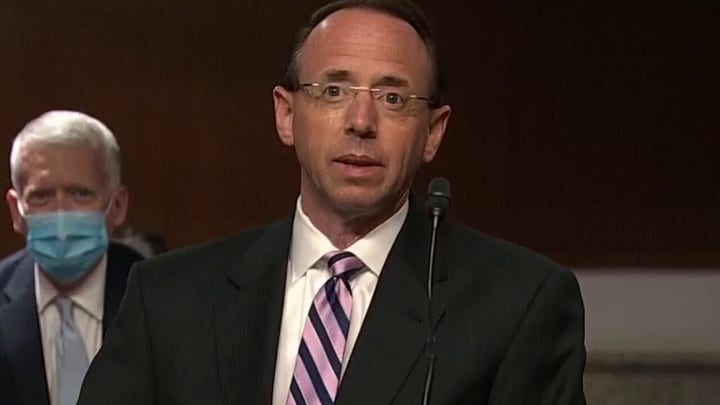 Hawley added that Rosenstein's testimony "tells you that he he wasn't serious about doing his job. I mean, he was the acting attorney general at the time because Jeff Sessions had recused himself. He was the point person on this investigation, and it's his signature on the paper.

"It's his job to represent things truthfully to this court. And by the way, Martha, the thing about this court is if you're a defendant, you don't get to appear in front of it. It's a secret court. They rely on the truthfulness of the government. And in this case, the government lied."

Hawley continued his attack, saying Rosenstein had showed he "wasn't really serious about getting the facts.

"He certainly wasn't serious about policing the FBI underneath him who were on this crusade, a handful of agents on this crusade against the president," he said. "Rod Rosenstein submitted to the court materially false statements that led the court to say they probably shouldn't have issued these warrants. I mean, it's just absolutely unbelievable. There has got to be accountability and there has got to be change."