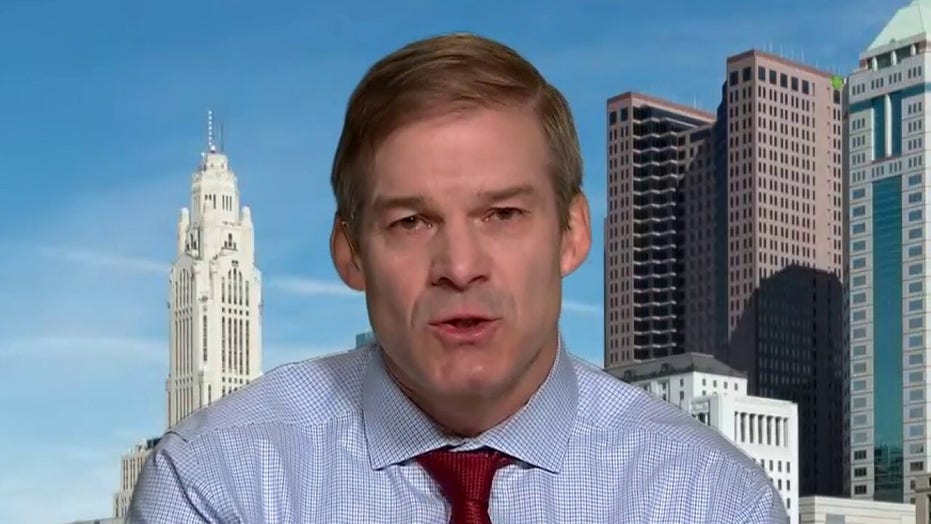 The Justice Department on Wednesday released a mostly unredacted version of then-Acting Attorney General Rod Rosenstein's August 2017 "scope memo" outlining the authority of former Special Counsel Robert Mueller -- and the document reveals for the first time that Mueller's authority went significantly beyond what was known previously.

Rosenstein, who later left the Justice Department for a law firm, oversaw Mueller's probe and played a central role in its still-unfolding drama. He was the subject of a two-page memo written by then-Acting FBI Director Andrew McCabe that outlined how Rosenstein allegedly proposed wearing a wire in the White House "to collect additional evidence on the president’s true intentions," and thought the scheme was plausible because "he was not searched when he entered the White House." Rosenstein has denied those allegations and slammed the FBI.

Previously, it had been revealed that in May 2017, Rosenstein authorized Mueller to probe "i) any links and/or coordination between the Russian government and individuals associated with the campaign of President Donald Trump; ii) any matters that arose or may arise directly from the investigation; [and] iii) any other matters within the scope of [obstruction of justice laws]."

In the case of George Papadopoulos, a low-level former Trump foreign policy aide, Mueller was authorized to probe whether there had been a "crime or crimes" committed when he allegedly acted "as an unregistered agent of the government of Israel," the new, lesser-redacted scope memo states. Papadopoulos has previously told Fox News that federal authorities tried to entrap him to secure a conviction under the Foreign Agents Registration Act [FARA], and that money in a safe in Greece might shed light on the purported scheme.

FARA is a little-known statute which, from 1966 to 2015, had been utilized only seven times. But, FARA prosecutions have picked up dramatically in recent years, and prosecutor Brandon L. Van Grack was appointed to head up the new FARA unit at the DOJ in 2019.

Since then, Van Grack has been under scrutiny for claiming to a federal court that he had turned over all relevant exculpatory informing involving former Trump national security adviser Michael Flynn -- even though a slew of exculpatory documents surfaced last week, including a top official's handwritten memo debating whether the FBI's "goal" was "to get him to lie, so we can prosecute him or get him fired."

Van Grack, it also emerged this week, failed to provide evidence to Flynn’s attorneys that anti-Trump former FBI agent Peter Strzok intervened to instruct the FBI case manager handling the Flynn investigation to keep the probe open, even after the Washington field office of the FBI wanted to close the case for lack of evidence. Another Strzok text mentioned that the FBI’s "7th floor" – meaning FBI leadership – may have been involved in the decision to keep the Flynn case alive.

The newly released version of the 2017 scope memo further makes clear that Mueller could look into whether Flynn "committed a crime or crimes by engaging in conversations with Russian government officials during the period of the Trump transition." 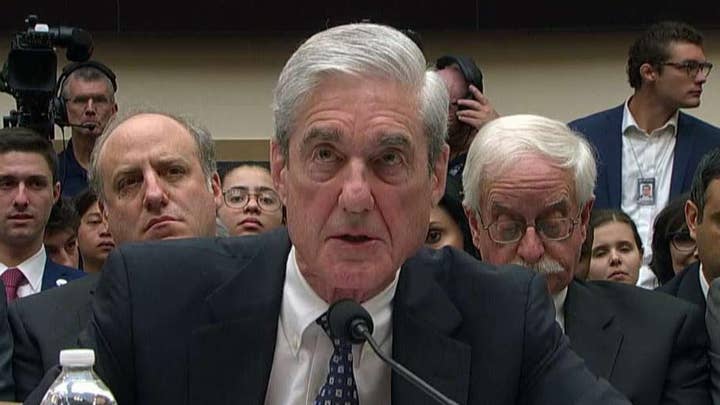 That was an apparent reference to the Logan Act, which has never been used in a modern criminal prosecution and had a questionable constitutional status; it was enacted in 1799 in an era before telephones and was intended to prevent individuals from falsely claiming to represent the United States government abroad. Republicans and constitutional law experts have questioned the Logan Act's role in a modern prosecution; law professor Jonathan Turley said it was "chilling" that the FBI apparently was trying to premise a case on the Logan Act.

The Rosenstein scope memo further authorizes a FARA review into Flynn's dealings with Turkey. Prosecutors have suggested Flynn's guilty plea on one count of false statements to the FBI is what allowed him to escape liability for a possible FARA charge -- in other words, the FARA case may have provided leverage.

Additionally, the scope memo stated that Mueller was charged specifically with investigating whether several former Trump officials -- including Carter Page, Papadopoulos and Paul Manafort -- had "committed a crime or crimes by colluding with Russian government officials with respect to the Russian government's efforts to interfere with the 2016 election for President of the United States."

Collusion is not a defined U.S. crime, meaning Mueller had a broad mandate to investigate essentially any foreign involvement by these officials in search of some criminal activity. Previously, the released version of the scope memo made clear only that Manafort was under a probe for possible collusion and criminal activity.

Mueller eventually found no evidence to establish a criminal conspiracy with Russia to interfere with an election by any U.S. person.

FBI Deputy Assistant Director Peter Strzok is seated to testify before the the House Committees on the Judiciary and Oversight and Government Reform during a hearing on "Oversight of FBI and DOJ Actions Surrounding the 2016 Election," on Capitol Hill, Thursday, July 12, 2018, in Washington. (AP Photo/Evan Vucci)

A large section of the scope memo still remains blacked out.

Speculation has swirled that this still-redacted section refers to a probe into President Trump. On Twitter, several users -- including @JohnWHuber, @TheLastRefuge2,, and @almostjingo -- noted that McCabe opened an FBI probe into whether Trump was a Russian "agent" in May 2017.

Andy McCarthy, a former federal prosecutor and Fox News contributor, has previously argued that Mueller's appointment violated the special-counsel regulations, which require the existence of a “criminal investigation of a person or matter." Instead, McCarthy has argued even before the August 2017 scope memo was written, Mueller was in effect conducting a wide-ranging counterintelligence probe.

The scope memo, McCarthy has said, might have been writtenn in an attempt to rectify the issue he raised by identifying specific criminal offenses for Mueller to investigate.

Meanwhile, Fox News has learned that as of April 21, the FBI has continued to search for a slew of missing "Woods Files" -- documents that the bureau should have that would substantiate assertions it made in key Foreign Intelligence Surveillance Act [FISA] warrant applications.