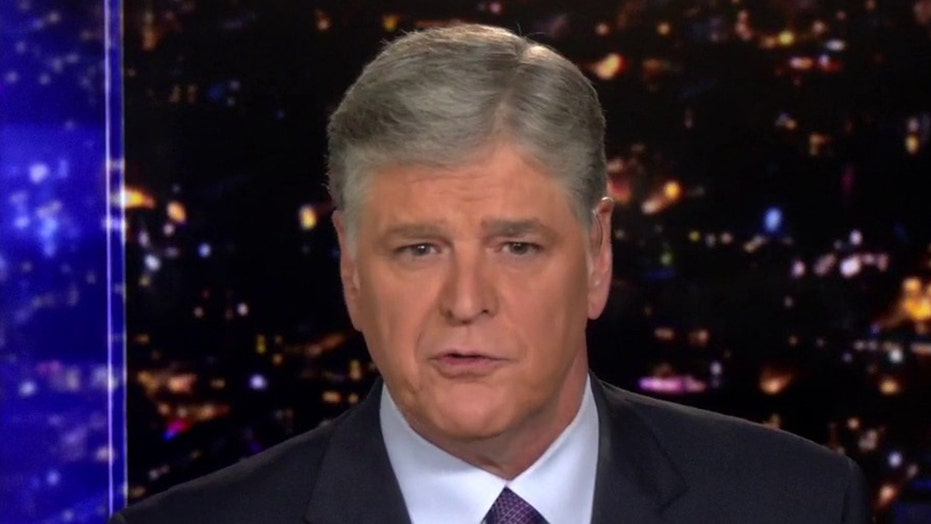 Hannity: Bernie says Castro's literacy program made communism worth it

Bernie Sanders doubles down on praise of Fidel Castro's Cuba.

Sean Hannity continued to focus on Democratic frontrunner Bernie Sanders Tuesday, calling him out for praising Fidel Castro, his proposed socialist policies and another controversial article from the Vermont senator's past.

"Well, now the Democratic frontrunner is doubling down on his effusive praise of communism. Sure, Castro murdered tens of thousands of his own citizens," Hannity said on his television program. "He locked up political dissidents, confiscated private property, outlawed all freedoms and induced widespread starvation and poverty. But according to Bolshevik Bernie, Fidel Castro's literacy program made it all worth it."

Hannity slammed Sanders, saying his only goal is to implement full government control of "every aspect of our lives" if elected president.

"Now either Bolshevik Bernie is incredibly stupid or he thinks we the people are incredibly stupid," Hannity said. "His radical brand of Soviet-style socialism is about one thing and one thing only. That is government control and takeover of every aspect of our lives. Now, in every socialist hellhole from Venezuela to Cuba to the USSR ... the process is always the same.

The host then gave Sanders faint praise, saying at least he was honest about his ambitions for the presidency.

"I do have to hand it to Bernie. From his unyielding praise of communism to bragging about oppressive new taxes, he is at least slightly more honest than his opponents," Hannity said. "Medicare-for-all, Green New Deal. Late-term abortions. Elimination of the Second Amendment. Open borders. Free health care for illegal immigrants."

"All of these Democrats, they are all radical, extreme socialists," Hannity said. "Bolshevik Bernie's raw candor about the radical Democratic Party's platform is making them a little nervous: 'Just don't tell everybody this is what we think.' They know the American people won't buy it."

Hannity also brought up an article Sanders wrote in 1969 that talked about naked children.

"It is just as sick and creepy as what we told you about last night. This piece, in 1969, Sanders [is] writing, 'Now, if children go around naked. Well, they are liable to see each other's sexual organs and maybe even touch them. Terrible thing. We raise children up like this. Will probably ruin the whole pornography business,'" Hannity read.

"Something's wrong with this guy."