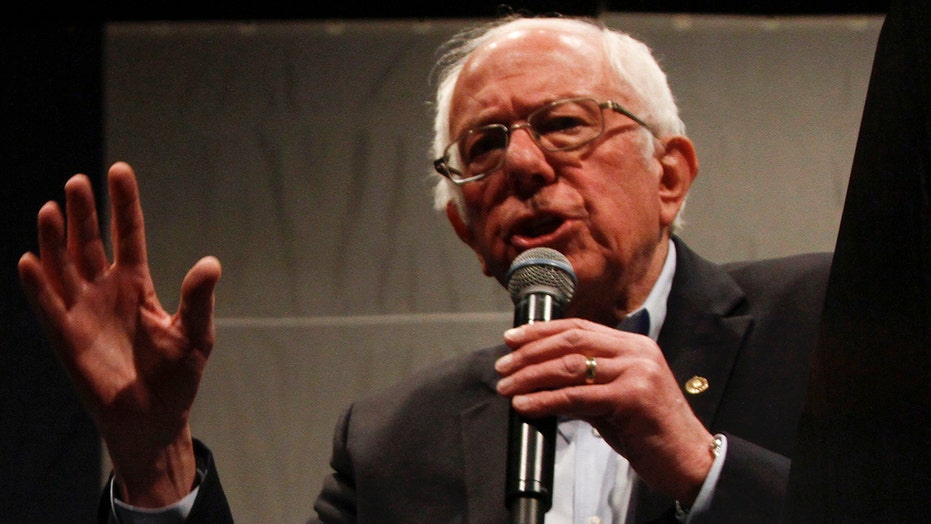 Bernie Sanders unexpectedly released a fact-sheet Monday night explaining that he'd pay for his sweeping new government programs through new taxes and massive lawsuits against the fossil fuel industry, as well as by slashing spending on the military, among other methods.

The move sought to head off complaints from Republicans and some rival Democrats that his plans were economically unrealistic, especially after a head-turning CBS News interview in which the frustrated Vermont senator said he couldn't "rattle off to you every nickel and every dime" about his proposed expenditures.

He released his plan on his website just minutes after promising to do so during a CNN town hall.

However, the fact-sheet highlighted for the first time that many of Sanders' expected cost-saving measures relied on conjecture and best-case scenarios. For example, Sanders' document asserts that a "modest tax on Wall Street speculation ... will raise an estimated $2.4 trillion over ten years" and, in one fell swoop, make all "public colleges, universities and trade schools tuition-free ... and cancel all student debt over the next decade."

The National Review has likened a tax on so-called "Wall Street speculation" to a de facto tax on savings, saying the Sanders plan is untested and "would mean paying $25 to the federal government every time you traded $5,000 worth of stock — or five times what you’d pay the typical online brokerage in fees. ... Over the long term, that imposes serious costs on actively traded funds such as the ones containing many Americans’ retirement funds."

Meanwhile, housing for everyone would cost $2.5 trillion over ten years, and would be paid entirely by a "wealth tax on the top one-tenth of one percent," raising a total of $4.35 trillion, according to Sanders' fact-sheet. Similarly, "universal childcare and pre-school to every family in America" would be provided with a wealth tax on the "top 0.1 percent," again raising more than $4 trillion. The taxes would target wealthy individuals' "net worth," not simply their income.

Sanders' plan did not discuss the possible stock market ramificiations of a major seizure of some of this wealth, much of which is held in markets and other investments. The plan also did not discuss how the government would be able to reliably obtain the money even assuming the assets held their value, given that many investments could quickly be liquidated or transferred elsewhere before his administration took office.

Instead, Sanders' proposal said only that it would eventually establish a "national wealth registry and significant additional third party reporting requirements," buff up IRS funding and, and "include enhancements to the international tax enforcement." 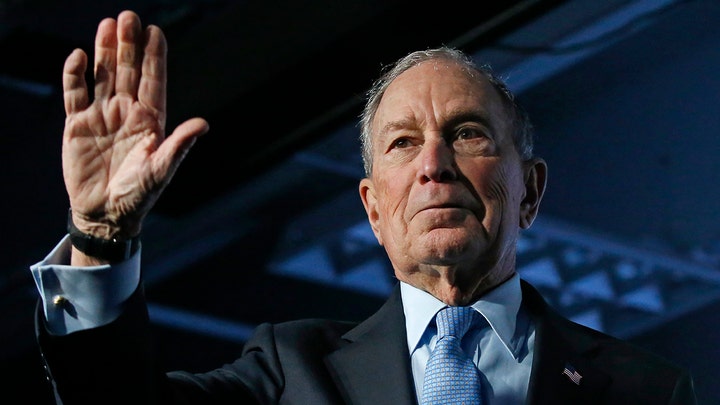 The plan would require the IRS "to perform an audit of 30 percent of wealth tax returns for those in the 1 percent bracket and a 100 percent audit rate for all billionaires," and would include a "40 percent exit tax on the net value of all assets under $1 billion and 60 percent over $1 billion for all wealthy individual seeking to expatriate to avoid the tax."

Additionally, Sanders cited "economists" as he promised that by "averting climate catastrophe we will save: $2.9 trillion over 10 years, $21 trillion over 30 years and $70.4 trillion over 80 years."

No information was provided to validate that assertion, although the Trump administration's National Climate Assessment found that it was possible climate change could reduce the size of the U.S. economy by 10 percent by the end of the century, assuming no substantial changes in technology (including carbon-reducing innovations) or policy occur in the meantime.

Sanders claimed to be able to raise "$3.085 trillion by making the fossil fuel industry pay for their pollution, through litigation, fees, and taxes, and eliminating federal fossil fuel subsidies." He has repeatedly suggested on the campaign trail that he would direct the Justice Department to pursue the fossil fuel industry, although it was unclear how successful that legal strategy would be.

"If we do not act, the U.S. will lose $34.5 trillion by the end of the century in economic productivity," Sanders alleged -- putting the consequences of climate change in stark economic terms.

On health care, Sanders has previously vowed to provide benefits, including health care, even to illegal immigrants. It's unclear how many people that unprecedented proposal would cover, especially given that such a plan would likely lead to a rise in immigration to the United States and that the number of illegal immigrants presently in the country is unknown. The issue is not mentioned at all in Sanders' fact-sheet.

Instead, although some nonpartisan estimates have put the cost of Sanders' "Medicare-for-all" proposal at over $32 trillion, Sanders' fact-sheet simply calls for "proposed a menu of financing options that would more than pay" for the program.

Democratic presidential candidate Sen. Bernie Sanders I-Vt. speaks at a campaign event in El Paso, Texas, Saturday, Feb. 22, 2020. Sanders urged his supporters to vote in the primary, which is already underway. Democratic primary voting in Texas ends March 3, along with other states who, all together, will decide one third of the delegates in the contest. (AP Photo/Cedar Attanasio)

Other savings would come from eliminating "health tax expenditures, which would no longer be needed under Medicare for All," and "raising the top marginal income tax rate to 52% on income over $10 million."

Reducing defense spending by "$1.215 trillion" would be achievable by "scaling back military operations on protecting the global oil supply," Sanders' fact-sheet continued. Defense spending is slated to total $934 billion from Oct. 1, 2020 to Sept. 30, 2021.

As the numbers were released, Sanders doubled down on his comments praising Cuban dictator Fidel Castro's "literacy program," saying it was a positive outcome from the violent Cuban Revolution that literacy rates quickly rose.

The pro-Castro remarks had drawn scrutiny even from Democratic lawmakers, especially in Florida, which has a large Cuban-American population.

"As the first South American immigrant member of Congress who proudly represents thousands of Cuban Americans, I find Senator Bernie Sanders’ comments on Castro’s Cuba absolutely unacceptable," wrote Florida Democratic Rep. Debbie Mucarsel-Powell. "The Castro regime murdered and jailed dissidents, and caused unspeakable harm to too many South Florida families. To this day, it remains an authoritarian regime that oppresses its people, subverts the free press, and stifles a free society."

Other Democrats pointed out that Cuba's literacy was on the rise pre-Castro, and asserted that the literacy program amounted to an indoctrination effort. Even so, on Monday, Sanders refused to apologize for his remarks at the CNN town hall, when pressed by moderator Chris Cuomo.

"Truth is truth," Sanders said to applause. "If you want to disagree with me, if somebody wants to say -- and by the way, all of those congresspeople that you mention, just so happen to be supporting other candidates -- accidentally no doubt, coincidentally. But, you know, the truth is the truth. And that's what happened in the first years of the Castro regime."

Also at the town hall, after arguing that people should not be judged solely by their skin color, Sanders promised that his vice president "definitively" would not be an "old white guy."