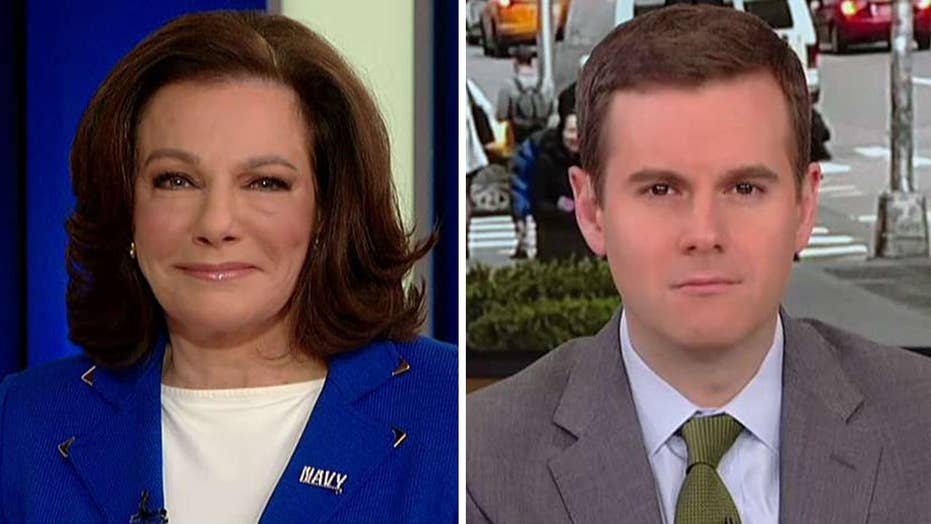 Trump addressed the nation Wednesday morning, hours after Iran launched more than a dozen missiles at two airbases in Iraq that housed U.S. troops. The president declared that Iran “appears to be standing down,” in the wake of the missile strikes that Trump said resulted in “no casualties.” Tehran said the strikes were in retaliation for the U.S. drone strike that took out top Iranian Gen. Qassem Soleimani last week.

"The fact that it was such a minimal response [from Iran] and that no Americans died is extraordinary," McFarland said on “Outnumbered."

“And if it’s true, what their foreign minister [Javad Zarif] said yesterday, ‘We’re done, we’ve done it, we’ve done our retaliation,'" McFarland went on. "If that’s the case, Trump has an opportunity that no president has had really for 50 years.”

Benson said that he agrees “completely” with McFarland, and added that the events of the last few days show that “deterrence [is] actually working.”

“I think this president surprised the [Iran] regime in a way that they were totally unprepared for and this was a climb-down, even though it looked like an escalation for maybe an hour or two," Benson said. "The fact that there were no U.S. casualties is enormous."

“The president today saying it’s looking like they’re standing down. He was taking the 'W,' if you will, today.”

Benson did note “one caveat.”

“I don’t think this is the end of what Iran has planned. It’s never going to be the end. They’ve been at war on and off with us for 40 years,” he said. “They have a very long memory. There are going to be reprisals down the road. But, as far as this hot moment is concerned, if this is the off-ramp that it appears to be, that’s a very big deal.”