President Trump declared Wednesday that Iran “appears to be standing down,” in the wake of missile strikes on American bases in Iraq that he said resulted in “no casualties.”

“The American people should be extremely grateful and happy,” Trump said, in an address to the nation from the White House the morning after the attacks. “No Americans were harmed in last night’s attack by the Iranian regime.”

While the attacks marked the latest escalation with Tehran in the precarious aftermath of a U.S. drone strike that killed the top Iranian general, they appeared to open the door to reducing tensions after it became clear that no American forces were killed. Trump indicated Wednesday that he indeed considers the nature of the strikes as a sign that Tehran has taken an off-ramp.

He added: “No American or Iraqi lives were lost.”

At the same time, he said the U.S. continues to evaluate options. Trump said he would immediately impose economic sanctions "until Iran changes its behavior," called on other world powers to break away from the Iran nuclear deal and called on NATO to become more involved in the Middle East.

The president's statement, while stressing American military might and marking new sanctions, nevertheless represents a move toward de-escalation after days of fiery threats from both sides that included vows of retribution from Tehran and warnings from Trump -- later clarified -- that even Iranian cultural sites could be targeted in response. It was the latest in a series of world-altering developments that began with an Iran-linked strike that killed an American contractor, escalated with an American retaliatory strike and went into uncharted territory when militia supporters stormed the U.S. Embassy in Baghdad -- ultimately leading to the stunning strike against Gen. Qassem Soleimani. Global fears of a new war in the Middle East had built in recent days, as Washington was gripped by new partisan fights -- this time, over the Soleimani strike.

Trump continued to stand by that decision Wednesday, saying: "Soleimani's hands were drenched in both American and Iranian blood."

While all sides appeared to be pulling back from the brink of a greater military confrontation for now, Trump again pressed to block Iran's nuclear path. "As long as I am president of the United States, Iran will never be allowed to have a nuclear weapon," he vowed. 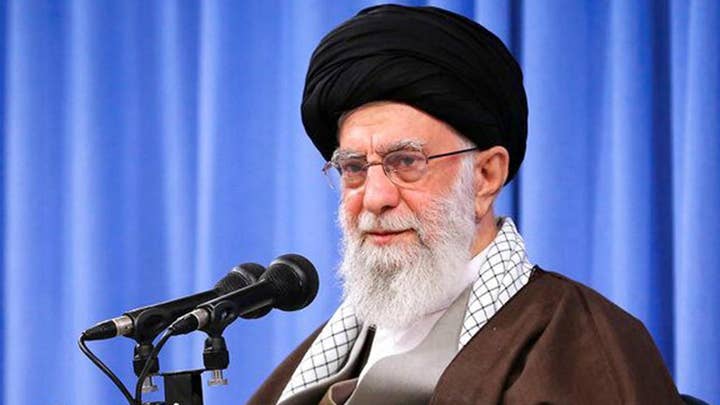 "Iran must abandon its nuclear ambitions and end its support for terrorism," Trump said, calling on the United Kingdom, Germany, France, Russia, and China to "recognize this reality" and "break away from the remnants" of the Obama-era nuclear pact. He claimed that the "very defective" deal "gives Iran a clear and quick path to nuclear breakout."

The president touted the military under his administration but added: "The fact that we have this great military and equipment, however, does not mean we need to use it. ... We do not want to use it."

Trump said: "The U.S. is ready to embrace peace with all who seek it."

The president’s address comes after Iran fired as many as 15 ballistic missiles into Iraq. Ten missiles hit the Ain al-Asad Air Base, which houses U.S. troops, one missile hit a U.S. military base in Erbil, and four missiles failed to hit their targets, according to a U.S. military spokesman for Central Command, responsible for American forces in the Middle East.

The late Tuesday attacks unfolded in two waves, about an hour apart.

While no U.S. or other NATO casualties were reported, the bases were potentially vulnerable.

U.S. defense officials told Fox News the U.S. military did not attempt to shoot down the ballistic missiles fired from Iran because there were no American military assets in place to intercept them. The Patriot and Avenger anti-missile defense systems are deployed to other locations in the Middle East, but not to the two Iraqi bases targeted by Iran. Officials say the American assets are in high demand and short supply around the world.

“For the past few years, our focus was defeating ISIS and keeping a light footprint in Iraq. We did not need air defense systems against ISIS,” one official said, explaining why there were no U.S. missile defense systems in place at the Iraqi bases.

Iran’s foreign minister said the targets in Iraq were chosen because that is where U.S. Special Operations forces launched the drone strike to kill Soleimani.

But the U.S. was prepared. U.S. military officials were warned about Iran’s pending ballistic missile strike “when the air defense systems went active,” shortly before the attack was launched, a U.S. official in Baghdad told Fox News on Wednesday.

Just after the missile strikes, Iran’s Revolutionary Guard Corps warned the U.S. and regional allies against retaliating for the attack. 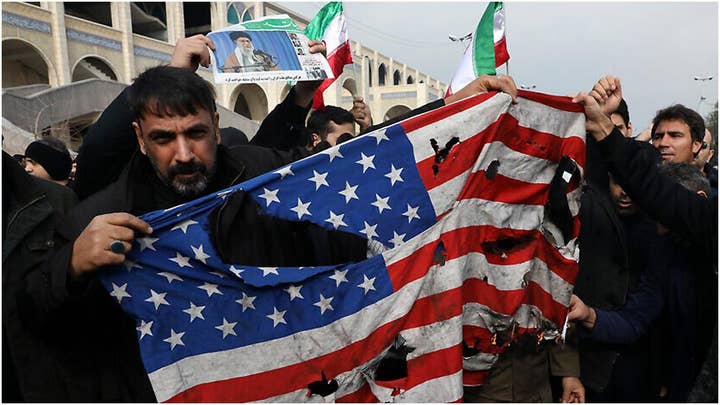 “We are warning all American allies, who gave their bases to its terrorist army, that any territory that is the starting point of aggressive acts against Iran will be targeted,” IRGC warned in a statement carried by Iran’s state-run IRNA news agency, while also threatening Israel.

The attack late Tuesday came just days after a U.S. airstrike killed Iranian Quds Force Gen. Soleimani. The U.S. blamed Soleimani for the killing of hundreds of American troops, and said he was plotting new attacks just before his death.

Iranian officials and Trump have traded threats since Soleimani's death, and more U.S. troops have been deployed to the region amid heightened tensions.

On Sunday, Iraqi lawmakers approved a resolution to expel U.S. forces from the country. U.S. troops were deployed to Iraq five years ago at the request of the Iraqi government, after the Islamic State overtook vast swaths of the country.

After the attack on U.S. bases Tuesday night, Iran’s Supreme Leader Ayatollah Ali Khamenei said that ballistic missile attacks targeting U.S. military and coalition forces in Iraq Wednesday morning were "a slap in the face" to the United States.