Iran claims victory despite no US casualties in Iraq missile strikes

Iran's supreme leader calls missile attacks targeting U.S. bases in Iraq a 'slap in the face' but warns it's not enough; Trey Yingst reports from Baghdad.

Ten missiles hit the Ain al-Asad Air Base, one missile hit a military base in Erbil and four missiles failed to hit their targets, according to a U.S. military spokesman for Central Command, responsible for American forces in the Middle East. The attacks unfolded in two waves, about an hour apart.

Iranian state television later claimed – without evidence – that the strikes killed "at least 80 terrorist U.S. soldiers" and damaged helicopters, and drones at the Ain al-Asad airbase.

President Trump tweeted a response late Tuesday evening: “All is well! Missiles launched from Iran at two military bases located in Iraq. Assessment of casualties & damages taking place now. So far, so good! We have the most powerful and well equipped military anywhere in the world, by far! I will be making a statement tomorrow morning.”

The White House previously said he would not make an address to the nation Tuesday.

White House press secretary Stephanie Grisham said right after the attack: “We are aware of the reports of attacks on U.S. facilities in Iraq. The president has been briefed and is monitoring the situation closely and consulting with his national security team.” It was not immediately clear how the U.S. may respond.

The Pentagon added: “In recent days and in response to Iranian threats and actions, the Department of Defense has taken all appropriate measures to safeguard our personnel and partners. These bases have been on high alert due to indications that the Iranian regime planned to attack our forces and interests in the region. As we evaluate the situation and our response, we will take all necessary measures to protect and defend U.S. personnel, partners, and allies in the region.” 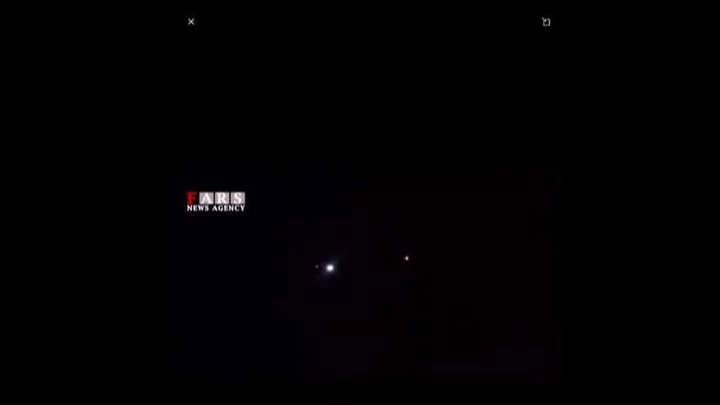 Meantime, Iran state TV claimed Tehran launched "tens" of surface-to-surface missiles at the Ain al-Asad Air Base. State TV described it as Tehran’s revenge operation over the killing of Soleimani.

Iran’s Revolutionary Guard then warned the U.S. and its regional allies against retaliating over the missile attack in Iraq.

The Guard issued the warning via a statement carried by Iran’s state-run IRNA news agency: “We are warning all American allies, who gave their bases to its terrorist army, that any territory that is the starting point of aggressive acts against Iran will be targeted.” The Guard in the warning also threatened Israel. 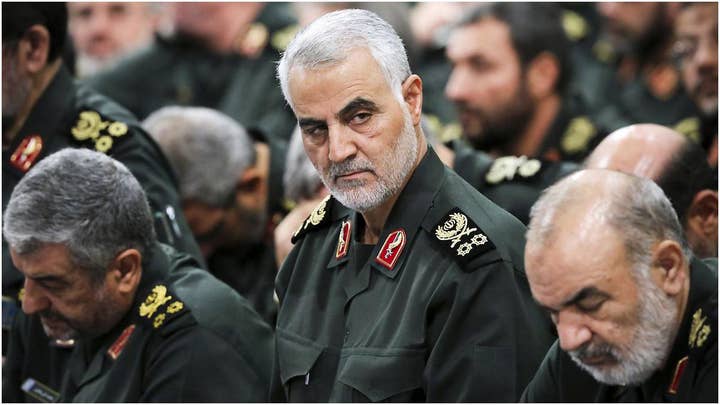 The USS Harry Truman aircraft carrier strike group has been in the Gulf of Oman along with guided-missile destroyers, a guided-missile cruiser and at least one submarine. The Navy warships and submarine together had hundreds of Tomahawk cruise missiles with pre-planned targets locked into the missiles.

The ships would be ready to fire if given the order, two senior Pentagon officials told Fox News. 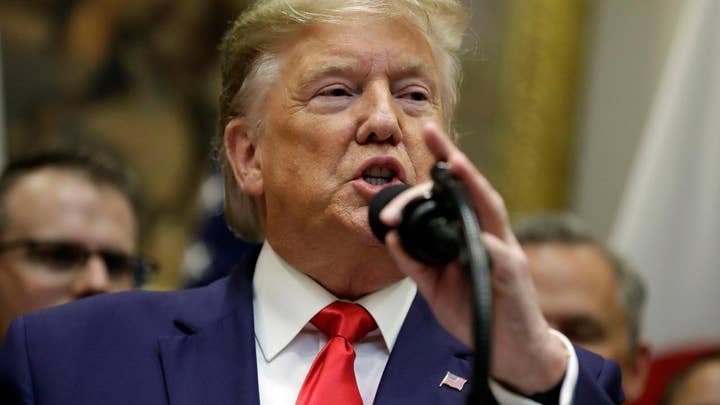 The attack came days after Soleimani was killed in a U.S. airstrike in Baghdad's airport. A senior Iraqi commander of an Iran-backed militia also was killed.

The U.S. blamed Soleimani for the killing of hundreds of American troops, and said he was plotting new attacks just before his death.

Iranian officials and President Trump have traded threats since Soleimani's death, and more U.S. troops have been deployed to the region amid heightened tensions. 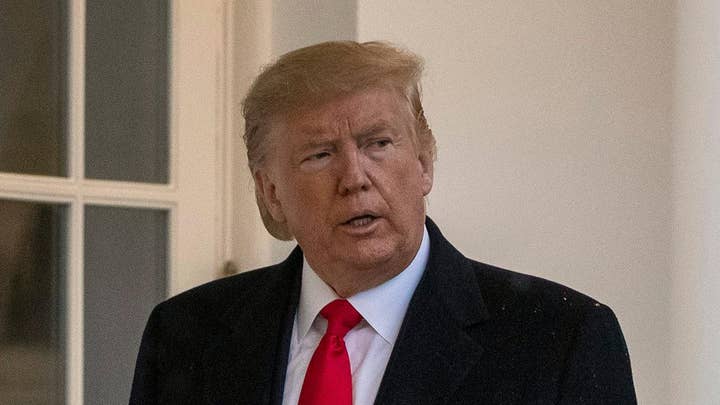 On Sunday, Iraqi lawmakers approved a resolution to expel U.S. forces from the country. The resolution comes nearly five years after the government requested U.S. troops be deployed to Iraq after the Islamic State overtook vast swaths of the country.

The terror group has since been defeated, Abdul-Mahdi said, adding the mission has now evolved into a U.S.-Iran proxy war.

Hossein Salami, Soleimani’s successor as leader of the Revolutionary Guard, addressed a crowd of supporters gathered at the coffin in a central square in Kernan. He vowed to avenge Soleimani.

“We tell our enemies that we will retaliate but if they take another action we will set ablaze the places that they like and are passionate about,” Salami said.

A procession in Tehran on Monday drew more than 1 million people in the Iranian capital, crowding both main avenues and side streets in Tehran.