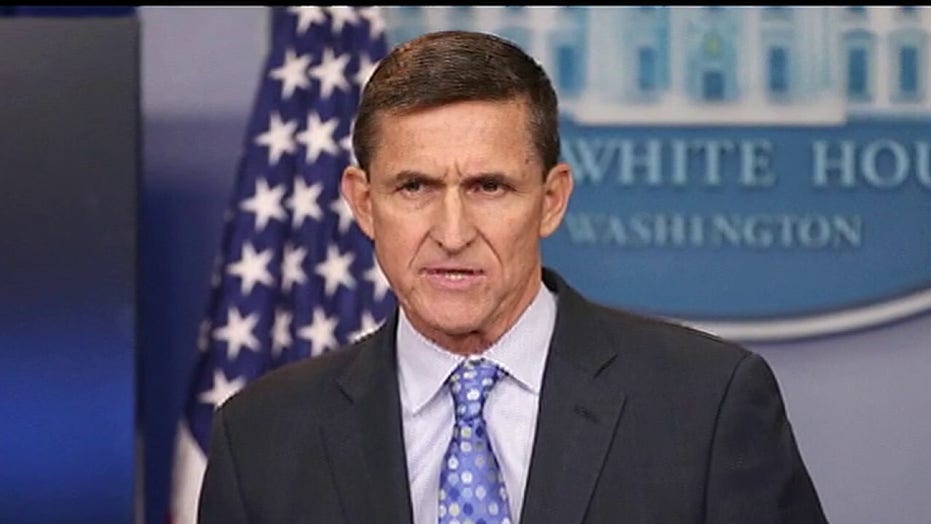 In an interview on "Fox & Friends" with hosts Steve Doocy, Ainsley Earhardt, and Brian Kilmeade, Jarrett explained the findings.

"You know, I thought this is the most outrageous, unethical, dishonest, and corrupt act I have ever seen. And, I have been a lawyer for 40 years. I have never seen such misbehavior by government officials," he remarked.

"The FBI and prosecutors for Robert Mueller knew that Michael Flynn was an innocent man. They hid the exculpatory evidence. They charged him, coerced him, intimidated and bullied him -- threatening to prosecute his son if he didn't cop a plea," Jarrett continued. "And so, you know, they covered it all up in a perjury trap that actually failed when the two agents -- including Peter Strzok -- interviewed General Flynn at the White House. They walked out, went over to the FBI building, sat down, and wrote a report. And, in the report, they said, 'We don't think he lied.'"

"So, that invites the question: How in the world do you prosecute a man for lying to the FBI when the FBI agents themselves say he didn't lie?" he asked. "I mean, that should send a chill down the spine of all Americans."

The documents turned over by the  Justice Department (DOJ) late Wednesday include handwritten notes in which FBI officials openly indicated that their "goal" was "to get [Flynn] to lie, so we can prosecute him or get him fired" during special counsel Mueller's probe into allegations of collusion by Americans with Russian officials at the time of the 2016 election.

The handwritten notes -- written by the FBI's former head of counterintelligence Bill Priestap after a meeting with then-FBI Director James Comey and then-FBI Deputy Director Andrew McCabe -- indicated that agents planned to get Flynn “to admit to breaking the Logan Act” when he spoke to then-Russian Ambassador Sergey Kislyak during the presidential transition period and catch him in a lie. 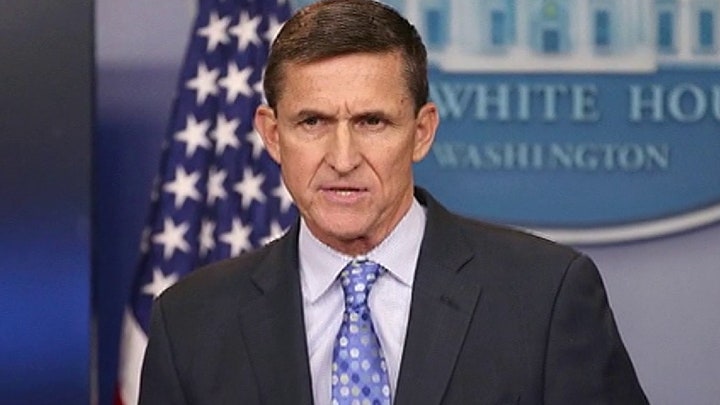 The Logan Act is an obscure statute that has never been used in a criminal prosecution. Enacted in 1799, it was intended to prevent individuals from falsely claiming to represent the United States abroad.

Although a note indicates that the agents at least discussed the merits of a by-the-book approach, the bombshell materials strongly suggested the agents weren't truly concerned about Flynn's intercepted contacts with Kislyak during the presidential transition period, except as a pretext.

Flynn has previously claimed top FBI officials, including McCabe, pressed him not to have an attorney present while he was questioned by two agents. That questioning ultimately led to Flynn's 2017 guilty plea on a single charge of lying to federal authorities about conversations with Kislyak.

The DOJ turned over the documents just this week, even though a February 2018 standing order in the case from United States District Court for the District of Columbia Emmet Sullivan required the government to turn over any exculpatory materials in its possession that pertained to Flynn. Such materials ordinarily do not need to be disclosed to uncharged individuals or those who have already pleaded guilty, Sullivan has ruled.

Flynn has sought to withdraw his guilty plea and has been seeking exoneration, saying the FBI engaged in "egregious misconduct." Since then, he has obtained new counsel -- and his old attorneys, it emerged this week, then failed to turn over thousands of documents to his new lawyer, Sidney Powell. Powell has maintained that Flynn's old lawyers at Covington & Burling had conflicts of interest and were otherwise ineffective, including by not focusing on Strzok's evident bias.

Fox News is told even more exculpatory documents are forthcoming, as Attorney General Bill Barr continues to oversee the DOJ's investigation into the handling of the Flynn case.

"Well, I agree that Christopher Wray and others at the FBI have known about this for the better part of the last three years," Jarrett told the "Friends" hosts. "Chris Wray has been the FBI Director for two-and-a-half years. Why didn't he have the decency to divulge this information? No, Christopher Wray has been covering this up." 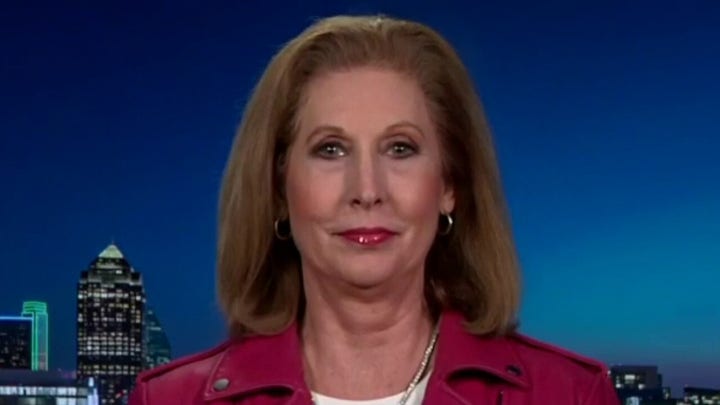 "And, the key line in this one is, 'What's our goal? To get him to lie so we can prosecute him or get him fired. Since when is the FBI in the business of getting people fired?" he exclaimed. "That shows you it was all political to damage Donald Trump."

Jarrett added that the rest is now up to Sullivan -- including whether or not Flynn may alter his plea.

"But, you know, given all of these exculpatory documents it seems inevitable to me that he must -- in the interest of justice -- allow Flynn to withdraw his plea...to vacate the plea. And then, the Department of Justice has to dismiss the case against Flynn," he stated.

"You know, the moment that happens, I would predict that Flynn would file a lawsuit against not just members of Robert Mueller's team but people like Comey and McCabe and Peter Strzok and Lisa Page for abuse of power and for, you know, things like obstruction of justice and so forth," he concluded. "But, you know, they deprived him of his constitutional rights under color of law."

Fox News' Gregg Re and Yael Halon contributed to this report.