Patrick Byrne claims he was an intelligence assets and made explosive allegations that he was ordered to have an affair with a Russian spy.

"I see three options here. One, he is telling the truth," Gutfeld said on "The Five." "Two, he's telling the truth but... he's nuts. Three, he's lying to create some kind of cloud of conspiracy to deflect from the S.E.C. [Securities and Exchange Commission] investigation."

Byrne, who resigned from Overstock Thursday, said on "The Story with Martha MacCallum" that had he helped the federal government with investigations twice in the past before FBI officials reached out to him again in 2016.

"I was given some fishy orders and I carried them out in 2015-2016, thinking I was conducting law enforcement," he told McCallum. 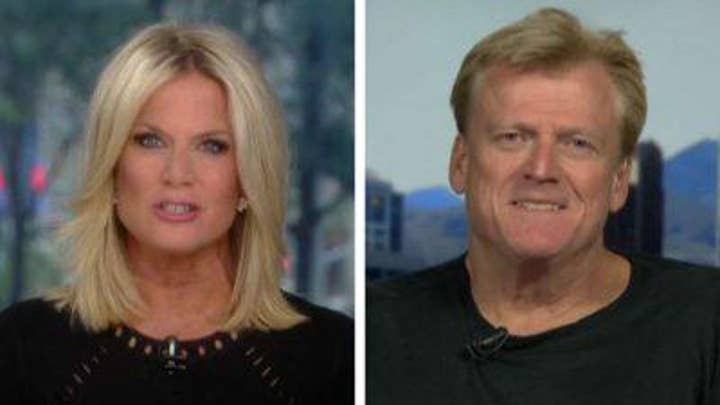 Gutfeld hoped that those close to Byrne would help confirm in the coming days whether or not his claims are true.,

"I think the only way to know is if other people who know him say something in the next couple of days, like, 'he has issues' or 'no, this is totally legitimate. He's talked to me about it,'" Gutfeld said.

"But if they say 'look, he has been known to spin tales' or all these people that he's mentioned, especially like Warren Buffett ... Warren Buffett should say 'hey look, he talked to me about this. What he's saying is it is totally legit.' Then I'd be more, I'd be on firmer ground."