Patrick Byrne talks to Martha MacCallum after resigning from Overstock

Patrick Byrne talks to Martha MacCallum after resigning from Overstock

Overstock founder and CEO Patrick Byrne, who resigned Thursday amid ties to a government probe related to the 2016 election, claimed he received "fishy" orders from former FBI official Peter Strzok.

Byrne said Thursday on "The Story" he'd helped the federal government with investigations twice in the past, including to "help them take down people on Wall Street."

Several years after Byrne's last contact with the government, he said FBI officials reached out to him in 2016.

"I was given some fishy orders and I carried them out in 2015-2016, thinking I was conducting law enforcement," he said. 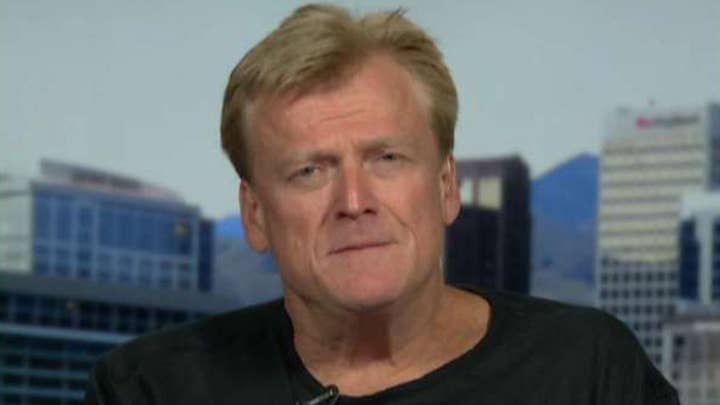 He claimed people who he characterized as "the Men in Black" came to him and asked him "for this third favor."

Byrne clarified to host Martha MacCallum that FBI rank-and-file were "barely involved" in what he alleged transpired.

"I didn't know who sent the orders, but I did them. Last summer, watching television and some congressional hearings, I figured out where these orders came from. They came from a guy named Peter Strzok." Byrne also named other individuals, with MacCallum reminding him those officials or former officials worked at the FBI.

Strzok was removed from Special Counsel Robert Mueller's Russia investigation over anti- Trump text messages he traded with his mistress, Lisa Page. He was fired from the FBI in August of 2018. 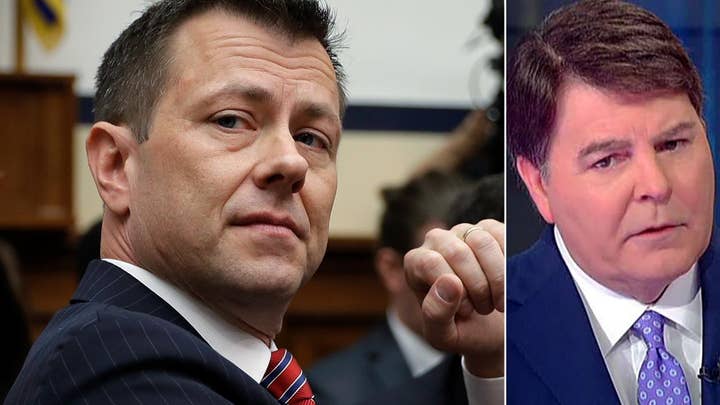 MacCallum asked Byrne what Strzok purportedly asked him to do. Byrne did not describe specific actions he was allegedly told to take, but characterized them as "political espionage."

The former CEO added that he began a relationship with Maria Butina, a Russian national currently serving prison time in the U.S. for failing to register as a foreign agent.

Byrne said that all of the purported information he gleaned from his experiences ultimately landed in the hands of Connecticut U.S. Attorney John Durham, who has been conducting an investigation into the origins of the Russia probe at the behest of Attorney General William Barr.

Last month, Byrne disclosed he was involved in an FBI probe into the Russia investigation and admitted to having a relationship with Butina. In an Aug.12 statement, he said it was the third time in his life that he "helped the Men in Black: the first was when my friend [former NBA player] Brian Williams was murdered, and the second was when I helped the M.I.B. shake up Wall Street a decade ago."

"He's describing it like he was being used as a source and being inserted into a situation by the feds, and there are protocols for handling sources," Whitaker said. "All of this can be corroborated. That's the key. This whole situation has to be corroborated and the nice thing about John Durham is that he has the full picture of everything that was feeding into this investigation."

When asked by MacCallum whether Byrne appeared credible, the former Iowa federal prosecutor said he was unsure.