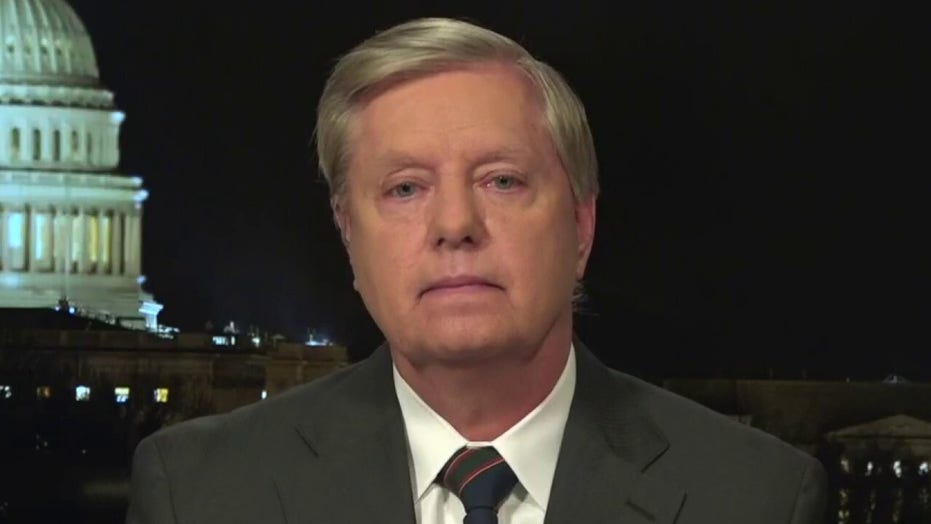 South Carolina Sen. Lindsey Graham, chairman of the Senate Judiciary Committee, reacts to the DOJ's release of a memo laying out the scope of former special counsel Robert Mueller's investigation.

"The legal foundation for Mueller’s appointment is crumbling," Graham said.

"The memo to Mueller from Rosenstein was given to me fully by [Attorney General] Barr virtually unredacted. So now we know that the scope of the investigation was to look at Carter Page, [former National Security Adviser Michael] Flynn, [George] Papadopoulos and [former Trump campaign chairman Paul] Manafort as to whether or not they were working with the Russians. Now, this is in August of 2017."

"In January of 2017," Graham continued, "the subsource disavowed the [Christopher Steele] dossier. And without the dossier, there is no [FISA] warrant. So they knew that the Carter Page thing was a fraud. They wanted to close the case against Flynn. We have Papadopoulos on record denying working with the Russians, saying to do so would be treason. So the foundation for the Mueller investigation is crumbling."

When Mueller was first appointed special counsel in May 2017, Rosenstein authorized him to probe "any links and/or coordination between the Russian government and individuals associated with the campaign of President Donald Trump ... any matters that arose or may arise directly from the investigation; [and] ... any other matters within the scope of [obstruction of justice laws]."

The August 2017 scope memo had remained largely redacted. The newly released version of the document makes clear that Rosenstein didn't hesitate to explicitly authorize a deep-dive criminal probe into the Trump team that extended well beyond Russian interference efforts.

Additionally, the scope memo stated that Mueller was charged specifically with investigating whether several former Trump officials had "committed a crime or crimes by colluding with Russian government officials with respect to the Russian government's efforts to interfere with the 2016 election for President of the United States."

"The legal foundation to justify Mueller's appointment in my view does not exist," Graham said. "That’s why this memo is so important. They name four people. Rosenstein tells Mueller to look at four people [on] August 2nd, 2017. Carter Page is one of the four. In January, eight months before the subsource disavowed the dossier, there was no legal justification to suspect Carter Page of being a Russian agent because it all depended on the dossier. And that crumbled in January."

" Flynn’s case was looked at by the [FBI] field office in Washington, January the 4th of 2017," Graham continued.

"They said there’s no reason to believe he is doing anything wrong ... so there is no legitimate reason to believe any of these four were working with the Russians on August 2nd, 2017. Therefore, the entire Mueller investigation was illegitimate to begin with. That’s very important."